U.S. Secretary of the Interior David L. Bernhardt on Monday (Oct. 26) released the Department of the Interior’s Economic Report for Fiscal Year 2019, highlighting its economic contributions that arise from managing federal lands and waters and making investments that conserve and restore natural landscapes and the cultural heritage of the nation.

Departmental management of these resources facilitates private sector activities that result in economic contributions across conventional and renewable energy, recreation, non-fuel minerals, irrigation and a wide swath of other activities that supported $336 billion in economic output and 1.9 million jobs across the country, according to the release.

Compared to FY 2016, 200,000 more jobs were supported contributing an additional $82 billion in economic output for communities throughout the country.

“The Trump Administration agenda for public lands management has been a major boon for communities throughout the country,” said Bernhardt. “Especially this year, public lands have been a critical place of refuge for the American people and will continue to support the economic vitality of our country.”

For FY 2019, Interior-managed lands and waters produced 1.06 billion barrels of crude oil, 4.8 trillion cubic feet of natural gas, and 317 million tons of coal in FY 2019. Last year was the first time oil production from Interior-managed leases had ever surpassed 1 billion barrels, helping make the United States the top producer of crude oil and dry natural gas in in the world. Oil, gas and coal produced from Interior lands and waters supported an estimated $156 billion in economic output and an estimated 665,000 jobs.

One-fifth of the nation’s energy supply came from Interior-managed lands and waters.

Approximately $12 billion in revenues were collected from all energy production on federal and American Indian-owned lands and offshore areas, which was nearly double that of FY 2016 revenues. Disbursements paid to states and Tribes from energy lease revenues go right back to the communities where the energy was produced, providing critical funding for schools, public services, conservation improvements, coastal restoration and infrastructure projects that create and support American jobs.

National parks, refuges, campgrounds and other public lands sites managed by Interior hosted an estimated 501 million recreational visits in FY 2019 — up from 473 million in FY 2016. These visits supported an estimated $60.6 billion in economic output and an estimated 469,000 jobs nationwide. 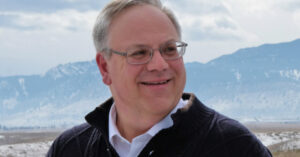 Interior stores and delivers water for irrigation, municipal and industrial uses and other purposes that supported an estimated $61.6 billion in economic output, and 455,000 jobs.

States with the largest contribution to Gross Domestic Product (GDP), economic output and employment include:

The full economic report, analysis and methodology are online and paired with a web-based data visualization tool that allows users to customize the contribution analysis by bureau, activity or state.

The Trump Administration remains intensely focused on helping every American enterprise remain viable, recover, and once again, thrive at historic levels even beyond last year’s significant economic growth and progress. Public lands indirectly and directly support thousands of small businesses. Small businesses employ nearly half of the entire private-sector workforce and create two-thirds of all net new jobs in the United States.

The Trump Administration created nearly 7 million jobs in the first three years, including 500,000 manufacturing jobs. Unemployment rates for African Americans, Asian Americans and Hispanic Americans hit their lowest levels ever, and we achieved the lowest unemployment rate for women in 65 years. Our country’s economic revival continues to defy all expectations as 11.4 million jobs have been added back since the start of re-opening, and in September, the unemployment rate dropped in 38 states.

The Trump Administration has also made numerous commonsense regulatory reforms that have been critical to keeping businesses viable and growing, uplifting the economy without sacrificing critical environmental protections. In FY 2019 alone, regulatory reform actions across the Trump Administration resulted in a savings of approximately $13.5 billion in net present value.