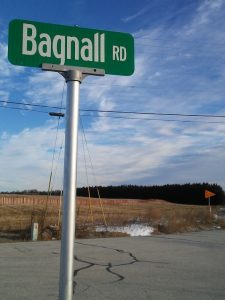 The Lauritzens’ properly is located north from Bagnall Road, just south of Jacksonport.

After a 4 1/2-hour meeting that was packed mostly with Jacksonport, Wisc., residents in opposition, the Door County Resource Planning Committee (RPC) approved a 131-site campground.

The campground will be located on the west side of Highway 57 at Bagnall Road, just south of downtown Jacksonport, according to the Door County Pulse.

“This has been a long road,” said property owner Cheri Lauritzen after the meeting, “I think they did it very professionally and I think the meeting went well.”

“We did a lot of homework,” her husband, Cary, added.

“It’s not something we take lightly,” Cheri said. “We are dedicated to making this work.” She identified herself as the third-generation owner of the land, with her grandparents being the first owners in her family.

The proposal had the support of both the Jacksonport Plan Commission and town board, both of which gave public airings with public notice, yet many of those in opposition said they only learned about the planned RV park at the eleventh hour before it went up for county approval.

And while none of those against the proposal specifically argued against a new campground in Door County, they were against the location of this campground.

In addition to the 97 RV campsites, 12 rustic sites and 21 shelter unit sites, there will be a check-in facility that includes a camp store and laundry facility (a two-bedroom dwelling on the second story was removed from the proposal) and a 30-foot by 40-foot bathroom and shower facility.

The store and laundry will be open to the public.