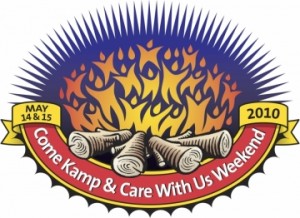 More than 16,000 camping families have already made reservations to participate in Kampgrounds of America Inc.’s (KOA) 7th Annual Come Kamp & Care With Us Weekend event May 14-15, according to a news release.

“This event has become the official launch of the summer camping season,” said KOA President Pat Hittmeier. “It’s wonderful that we’ve been able to grow camper participation every year. That’s great for both our campground owners, who increased business on a traditionally slow May weekend, as well as KOA Care Camps for children with cancer.”

Campers who stay as paying guests at participating KOA campgrounds on Friday, May 14, will receive a free night of camping on Saturday, May 15. During the weekend, KOA campground owners hold a variety of fundraising events for campers, all geared to raise funds for KOA Care Camps for children with cancer. KOA Care Camps is a network of 43 specialized summer camps throughout North America that provide a true summer camp experience for children with cancer and their siblings.

In the past two years alone, nearly $500,000 has been raised from all sources during Come Kamp & Care With Us Weekend to benefit KOA Care Camps, the official charity of the KOA Owners Association.

“We are just getting underway with our marketing for this event, and we already have nearly 30 percent more reservations than we had at this time last year,” said Mike Gast, vice president of communications for KOA and the coordinator of the Come Kamp & Care With Us Weekend event. “We’ve got guests that now make this special event the official start of their camping season every year. It’s become a tradition for thousands of camping families, and we expect it to continue to grow.”