2 Ill. Parks To Expand By Thousands of Acres 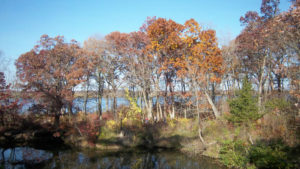 A pair of iconic state parks in Illinois will soon become much larger as Gov. Bruce Rauner announced a huge land acquisition from a private company, according to NBC Chicago.

On Thursday (Oct. 25), Rauner announced that the state of Illinois had acquired over 2,600 acres of land from Lone Star Industries in LaSalle County. The land, which the state says will be dedicated to preserving natural resources and expanding recreations and tourism, will be used to expand Starved Rock and Matthiessen state parks.

“They are among the most beautiful destinations in our state,” Rauner said in a statement. “This expansion increases the amount of open space that will be managed and protected there by more than 50% and gives people even more reasons to enjoy the outdoors in LaSalle County.”

According to the governor, more than three million people visit the two parks each year.