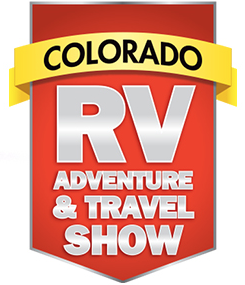 This year’s Colorado RV Adventure Travel Show, touted as the largest show in the region, was held Jan. 9-11 at the Colorado Convention Center in Denver, Colo.

Marking its 30th year, the event featured over 100 dealers showing a full range of towable and motorized RVs. The show also highlighted the latest all-terrain features, which are of special interest to the Rocky Mountain market.

“We’ve been at the show for about 18 years or so,” said Tim Beckett, owner of B&B RV. “I don’t know the exact numbers but the attendance seemed as good as last year, maybe even better. It was one of the best showings ever for that January show.”

“It’s funny, but there weren’t too many young people there,” he said. “I would say it was probably people more of the ages 30 and up. I also noticed many women were interested in adventure RVs. I had some pretty good conversations with them and many other campers new to the RV experience.”

Both Beckett and Corlett reported that attendees at the show were generally in a buying mood.

“I absolutely think people were coming ready to buy,” said Corlett. “I think we sold about a dozen units there, and people were wanting to pay cash too.”

Following a growing trend in the industry, attendees are becoming more interested in the technology behind their products.

“Everyone seemed to be talking about the technology and gadgets within products,” said Corlett. “I would say the industry’s interest right now is probably trending more toward technology and adventure camping.”