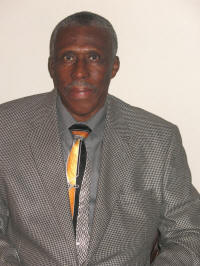 Editor’s Note: The following is a Q&A conducted by The Root magazine with Elbert Smith Sr., president of the National African American RVers Association (NAARVA). To read the entire article click here.

The Root: What is the history of NAARVA?

Elbert Smith Sr.: It was formed 20 years ago by Norman Ellis in Ohio. We started hosting annual national rallies in the summer as a way to bring families together. My first rally was in Buena Vista, N.J.

Back then we used to have in the neighborhood of 900 coaches that showed up at the rallies. What was ironic is that we seldom saw one another en route. But when I got to Buena Vista, there were motorhomes and RVs owned by black folk as far as the eye could see. People were of all ages, but when the economy got bad, the crowd got a little older because the young folk couldn’t afford to travel as much.

But things seem to be picking up. This year our rally was July 22-29 in Marion, N.C., and we drew about 600 coaches. We are trying to recruit more young people. NAARVA is one of the best-kept secrets in the country.

TR: Are there many African-American RV owners? What’s the average age and occupation?

ES: We have about 800 paying members across the nation. We range in age from late 50s to early 60s. We have members of all stripes, including blue-collar workers, lawyers, educators and a Tuskegee Airman. Everyone is welcome.

TR: What is one of your fondest road trips?

ES: I bought a cab-over class C camper in the late 1980s when my son went to Kansas State University. We used to go there a couple of times a year and park in front of the football stadium during the season and stay in it instead of a hotel.

It was great. It was a house on wheels because we had everything in there but the kitchen sink. The kids thought we were big dogs. My son used to walk around with his chest poked out. They didn’t see many of us black folks in RVs or campers. I would barbecue a brisket, and my wife would bake cakes.

Because of those times, I unofficially have about 15 kids. They call me Pops. I just saw one of them when I rolled through Atlanta. Anytime any of them are in the city, they will come by the house to holler at us.

TR: What are some pitfalls of traveling by RV?

ES: I’m an avid camper, so you have no complaints from me. All my wife and I have to do is look at each other and say, “let’s” and the other says, “go.”

We’ve seen all but four of the states — Vermont, New Hampshire, Maine and Delaware — but you could never get me to live in an RV full time. I like having a home to come back to after being on the road. I like walking out the door and looking at the grass and turning around and walking back in the house. I like having a place to call home.