A Look Back at Yosemite's Hantavirus Outbreak 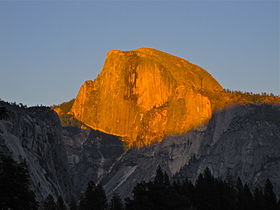 On Dec. 10, Yosemite National Park in California began demolishing 91 tent cabins in Curry Village, a rustic encampment of 408 canvas-sided cabins jammed into a pine-and-cedar glade near the sloping shoulders of Half Dome. It was here that an outbreak of hantavirus began last summer, infecting at least 10 people and killing three, outsideronline.com reported.

But on Sunday, June 10, 2012, the campground seemed idyllic. That weekend held all the promise of early summer. The Curry Village swimming pool was open. The smell of hot dogs and nachos curled out of the snack bar. The sun bounced off the face of Glacier Point. Kids in “Go Climb a Rock” T-shirts shouted and chased each other on bikes.

Sometime that day, a 49-year-old woman from the Los Angeles area arrived at Curry Village’s front desk, a plain wood-floor office that’s often cacophonous with the sound of staffers checking guests in and out. A clerk handed her a key to one of the 91 “signature tent cabins” that opened three years ago — the “new 900s” as they were collectively known. Unlike the older cabins, which are sided with single-ply vinyl-coated canvas, the signature cabins boasted double-wall plywood construction and propane heaters, making them warmer and quieter than the older units.

Off she went, this Southern California lady, to enjoy her Yosemite vacation. We’ll call her Visitor One.

About the same time, another guest checked into Curry Village. He was a 36-year-old man from Alameda County, Calif., which encompasses Berkeley, Oakland, and the East Bay region. He was given the key to a cabin close to Visitor One’s. He dropped off his things and went about his business. We’ll call him Visitor Two.

We don’t know exactly how Visitors One and Two spent their four days in the park. Medical confidentiality laws forbid public-health officials from releasing their names, and they and their families have chosen to keep their stories private. Maybe they hiked to the top of Half Dome or enjoyed the giant sequoias of the Mariposa Grove. By the following Wednesday, June 13, both visitors had checked out of their Curry Village tent cabins and left the park.

Around Yosemite the summer unfolded quietly. The search-and-rescue team went out on minor events: an ankle fracture on the Panorama Trail, a fallen hiker on the Half Dome cable route. Rangers kept a wary eye on the Cascade Fire, a lightning-sparked wilderness blaze that smoldered through a red fir forest.

Then, in late June, Visitor One fell ill. She might have felt like she had the flu: chills, muscle aches, fever, headache, dizziness, fatigue. The flu goes away after a few days. This didn’t. We do know that, back home, she went to see her doctor. When presented with Visitor One’s symptoms, most physicians would have dismissed it as the flu or, at worse, low-level pneumonia. Her doctor didn’t.

They talked about what she might have picked up and where. She mentioned her Yosemite trip. The doctor took the unusual step of calling Charles Mosher, a public-health officer for Mariposa County, which encompasses Yosemite, and asking if there were any known hantavirus cases in the area. “Based on her history and symptoms, [hantavirus] was a definite possibility,” Mosher recalled, so he and Visitor One’s doctor agreed that starting treatment for the virus while awaiting lab confirmation was the prudent way to go.