After ‘20 Boom, Van & RV Rentals are Still Revved Up 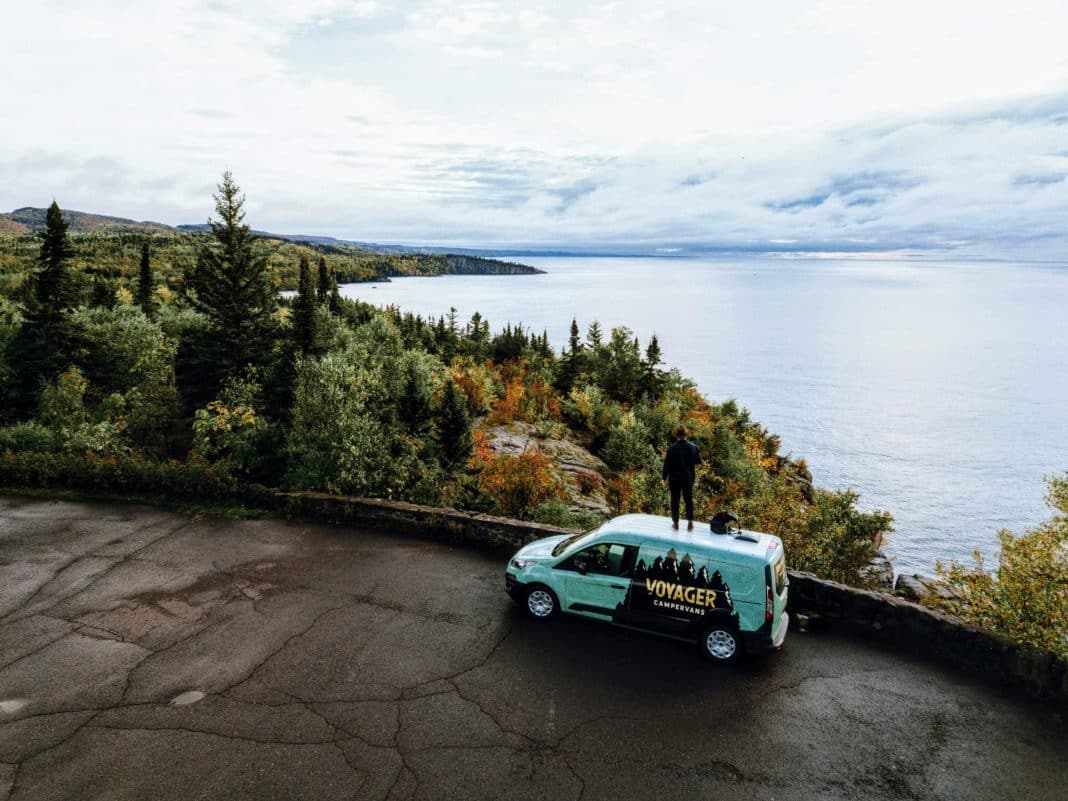 With her husband in tow, Danielle Dickinson used to enjoy roughin’-it camping escapades. “But as we’ve gotten older, sleeping on the floor of a tent is not as comfortable,” the 37-year-old says. Still, when cities started buckling down for the pandemic in 2020, the Stillwater resident’s work as a hairdresser and insurance agent slowed, and she soon began to crave an inexpensive return to the unfettered outdoors, according to a report by Minnesota Monthly.

So, she started researching RVs. Nice idea, but they looked pricey, so owning one would not be the goal. Eventually, she stumbled upon Minneapolis-based Voyager Campervans, a company that refurbishes light commercial vehicles as mini, self-contained, mobile hotel rooms. The seasonal rates for a three-day rental hover around $115-$150.

Soon, Dickinson and her husband were on the road to Two Harbors. They reached Burlington Bay campground and opened the back of their campervan for straight-on views of Lake Superior’s rocky shore. In the morning, as Dickinson slept on the van’s convertible bed, her husband made coffee and breakfast on a pull-out cooktop.

“I would definitely say the van is more like glamping,” she says. “You have an actual mattress that you’re sleeping on, it’s more cushiony, you have the four walls that are waterproof—and we did have some rain on our last trip.”

It also emerged as a relatively COVID-safe way to travel. In fact, as public transportation services braced for epic downturns in the spring of 2020, RVshare, a nationwide RV rental service, reported a surge in bookings by 650% within about a month. And in April of 2021, the company reported an almost 850% spike.

Click here to read the full report by Minnesota Monthly.