Airstream, Pendleton Team Up For NPS 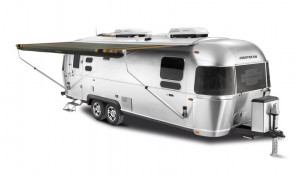 Mother Nature Network reported that the manufacturer of bullet-shaped retro-futuristic aluminum travel trailers that look particularly striking when set against wide-open spaces, has been a constant in national parks for over 80 years. And Pendleton, the venerable Pacific Northwest textile brand, has been in the business of keeping campers, adventurers and assorted wanderers warm and snug with its Indian blankets since 1863.

But not until now have these two American icons officially joined forces.

In celebration of the 100th birthday of the NPS, the two companies have come together to tip their hat to the organization — without a doubt the most beloved bureau of the U.S. Department of the Interior — in a most appropriate fashion: the introduction of an Airstream trailer designed in collaboration with Pendleton.