Alaska Park Could Be Liable For 2010 Shooting 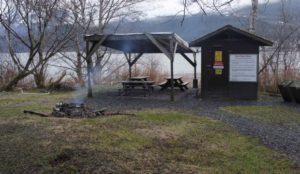 After reviewing the facts in a 2010 shooting at Thane Campground, the Alaska State Supreme Court reversed parts of the Juneau Superior Court’s earlier ruling and sent it back to the superior court for further consideration.

According to juneauempire.com, after being shot in the face in the 2010 shooting, Jon Lane sued the city of Juneau and Borough of Juneau (CBJ) and others, alleging that the city was liable for a party at the campground getting out of hand and resulting in him getting shot. Juneau Superior Court ruled in favor of the city in 2015, but the Supreme Court’s decision this past week states this case might need another look.

According to the Supreme Court ruling, the CBJ decided to keep the seasonal campground open through the winter in 2009 to provide more options for those who weren’t able to get access to housing or shelters. According to court documents, the city hired Gordon Valle to serve as the caretaker of the campground in 2007 and he agreed to stay through the winter in 2009 to help oversee it.

On March 30, 2010, court records allege, Valle joined an alcohol-fueled party of campers and ended up passing around two pistols of his to the campers. One of those campers, Chris Barrios, got into an argument with Lane, according to the court’s decision. This argument led to Barrios shooting Lane in the face, court records say.

The issue at hand, into which the 31-page Supreme Court decision delves, is how Valle’s decision relates to his duties as a CBJ employee or independent contractor.

The rules at the campground explicitly forbid alcohol use, but according to the court decision, Valle said he believed he was “off the clock” when the party occurred. Former CBJ employee Heather Marlow, who was in charge of the campground at the time, testified that Valle was allowed to “turn a blind eye” to “minor” drinking by other campers, according to the court decision.