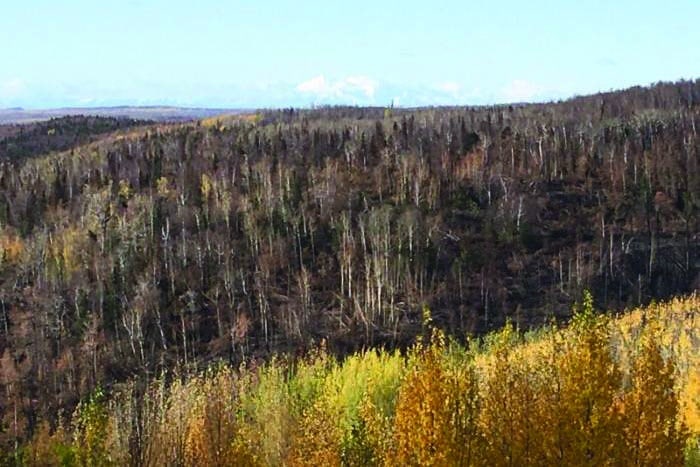 Areas burned by the Swan Lake Fire can be seen from Vista Trail at Upper Skilak Campground on Oct. 6.

Winter may have arrived on the Kenai Peninsula in Alaska this month, but hazards from the Swan Lake Fire are still prevalent near burned areas, according to the Peninsula Clarion.

In the Kenai National Wildlife Refuge, several trails, cabins, campgrounds and roads are still closed due to the fire — which ignited north of Sterling in June and burned more than 160,000 acres of forest before it was contained this fall.

Andy Loranger, manager of the Kenai National Wildlife Refuge, said burned areas in the refuge are closed to the public. He said residents should exercise caution when they venture into the refuge. Heated ash pits are still prevalent, but are slowly decreasing as winter settles in. Snag hazards, when burned trees fall over, can happen without warning, he said.

“It doesn’t take much for burned trees to fall,” Loranger said.

The closure will remain in effect until Dec. 12, unless they are rescinded or extended by the refuge.