All California State Parks to Remain Open, Sort Of 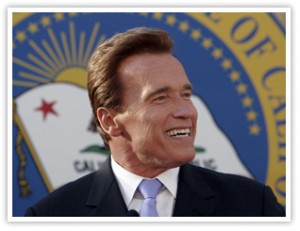 Under fire from park supporters and the state’s own attorneys, California Gov. Arnold Schwarzenegger announced that he has found a way to cut millions of dollars out of the California State Parks budget without completely closing any parks.

The plan, which some are criticizing as little more than a shell game, slashes $14.2 million from the park budget this year by closing some campgrounds and facilities on weekdays, eliminating unfilled seasonal and administrative positions and cutting back on maintenance and things like bathroom cleaning, according to the San Francisco Chronicle.

The idea is to allow all 279 state parks to remain open this fiscal year. More options would be explored Jan. 10 when legislators consider next year’s budget, according to a statement the governor released Friday (Sept. 25).

“Working closely with my departments of finance and parks and recreation, we have successfully found a way to avoid closing parks this year,” the statement read. “This is fantastic news for all Californians.”

But several officials familiar with the park budget negotiations said the plan may not be all that the governor’s spin machine has promised. The plan does not restore any money taken out of the park budget, the critics said, meaning that even if the gates remain open there will not be enough personnel or resources to run the parks.

“I’m hugely skeptical that you can have the kind of savings that the governor is proposing without having park closures either explicitly or functionally,” said Assemblyman Jared Huffman, D-San Rafael, who is chairman of the Water, Parks and Wildlife Committee. “I’m concerned that the administration may be trying to have it both ways. He’s functionally closing parks but trying not to face the heat of closing parks.”

The budget cuts were part of a deal Schwarzenegger signed in July to erase a $24 billion budget gap. In addition to the $14.2 million in cuts to parks this fiscal year, the deal also chopped $22.2 million out of the 2010-11 parks budget. The governor said Friday that he hopes to find more money for the parks next year.

Park officials had said the 20% cut would require them to close 100 state parks, including some of the state’s most popular wildland areas. The list of which parks would be closed was never released.

The plan came under fire from legislators, environmental organizations, park supporters and residents of communities where businesses rely on park visitors to spend money.

The state’s own lawyers cautioned park officials that the closures would potentially leave them liable for voided concessionaire contracts and for injuries or fires in unattended state parks.

The governor’s new parks plan is to save $12.1 million this year by eliminating all major equipment purchases, including vehicle replacements, and a further $2.1 million by cutting seasonal and operations staffing and opening some parks only on weekends and holidays. He did not say which parks would be affected.

Although all the parks would remain open at least part time, selected campgrounds and facilities would be closed, and visitor services provided by rangers, custodians and maintenance workers would be drastically reduced, according to the plan.

“There are going to be reductions in service, but the bottom line is all those parks will stay open at the busy times when people are using them,” Stearns said. “Next year is a new ballgame, but the administration said it will help us find solutions.”

Elizabeth Goldstein, executive director of the California State Parks Foundation, said everything the governor is proposing had previously been discussed.

“The governor finally realized that the political and economic consequences of closing parks are enormous and he is now trying to heal a self-inflicted wound,” Goldstein said. “The public is going to need to understand in the coming weeks what the level of service reductions are going to be. The implications of this are at the moment unclear.”

The proposal to close the parks was quickly becoming a Gordian knot around the necks of the governor and park officials. Besides the legal ramifications, federal grant money was at stake. The National Park Service could have seized land in as many as six parks, including Angel Island, that were once owned by the federal government.

Additionally, nobody seemed to know exactly how they were going to keep the public — let alone marijuana growers and other criminals — out of the forests, woodlands, wetlands and beaches. Park officials even floated the idea of establishing neighborhood watch-style groups to prevent illegal activity.

The budget cuts are clearly going to be difficult whether or not the parks stay open. California’s state parks, which cover 1.5 million acres, have already absorbed years of cost cutting and staff reductions and had $1.2 billion in deferred maintenance on the books even before the latest crisis.

Dan Jacobson, legislative director of the nonprofit group Environment California, said he is thrilled the parks will stay open even though the battle is far from over.

“What this whole debacle points out is that we need to find a stable funding system for our parks,” he said. “The onus is going to have to be on the state Legislature in 2010 to pass permanent protection for our state parks.”