Alligator Is Removed Near Entrance Of Texas KOA 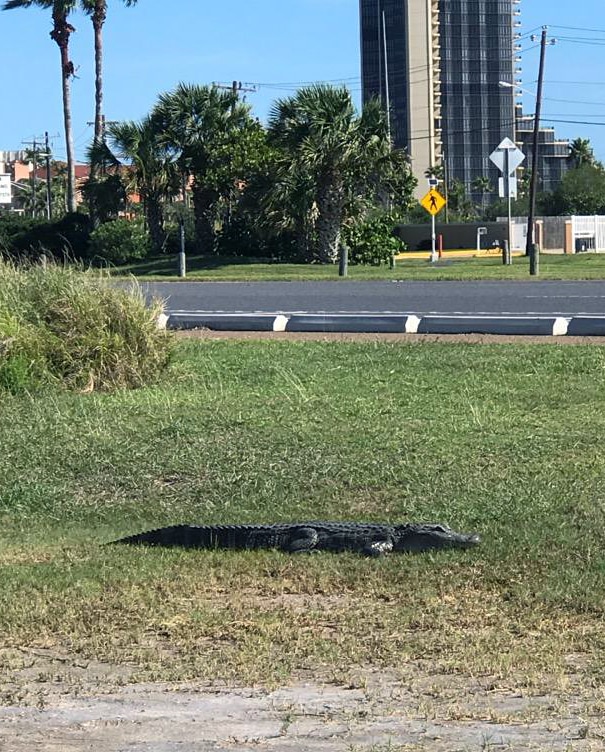 He was just looking for a little hot action.

When it’s 53 degrees and you’re cold-blooded, a sunny spot next to Padre Boulevard is exactly what you’re hoping to find, according to the Valley Star.

A male alligator lying near the entrance to the South Padre Island Kampground of America (KOA) Holiday in South Padre Island, Texas, was removed on Sunday (Oct. 27) morning, where he was basking after an unseasonably chilly start to the morning.

“It’s like a fish story, it gets bigger by the day,” said Laura Walton, assistant park manager at the KOA, who clarified on Monday the alligator was about a four-footer. “We were out clearing some trash at the boulevard, trying to keep everything beautiful, and he was just out there sunning, enjoying the beautiful weather here.

“We didn’t want a tourist to just happen to walk up on him because he was pretty close to the road,” she added. “We called the local police department and they got the local alligator sanctuary involved and they came down and got him for us and took him down there. His name is now ‘Brooks.’ After our general manager here in the park.”

First responders initially called the Texas Parks and Wildlife Department, which specializes in removing problem gators, but were told it would be a few hours before they could make it to the island.