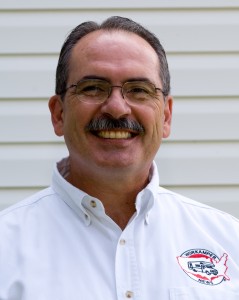 That fruitcake sent you by Aunt Sue — the one she bought on Amazon.com — may have been picked and packed and shipped by a migrant laborer — some guy living in his RV, outdoors, in an Amazon-subsidized trailer camp located near one of the company’s giant distribution centers in Fernley, Nev.; Campbellsville, Ky.; or Coffeyville, Kan.

You might suppose such workers would be a pretty grim bunch — desperate, rootless Grapes-of-Wrath-types forced by economic hardship to pick and sort Amazon merchandise the same way Tom Joad once picked fruit. But you’d be wrong, ABC News reported.

These modern migrants run the gamut. Some, true, are down and out and desperate, traveling thousands of miles to get a few months’ work, living in broken-down campers. Others, though, are well off — retirees with conventional brick-and-mortar residences back home, who think of themselves as being on a kind of permanent vacation. For a variety of reasons, they like camping-out and working temporary jobs at Amazon.

Nor is Amazon the only game in town for “workampers” (as these traveling laborers are called). Big employers of workampers include Yellowstone National Park and other national parks, amusement parks like Adventure Land, and the Army Corps of Engineers, which uses workampers to supervise the gates at government campgrounds. An outfit in California uses workampers to look after lighthouses. And in Florida, the department of wildlife uses them to help with the annual alligator count.

So significant has the workamping phenomenon become that it even has its own magazine, Workamper News, full of ads by employers looking to recruit this new breed of migrant worker. Disney, parent company of ABC News, until lately was its biggest advertiser, since Disney has made use of workampers at its parks.

The magazine’s editor and publisher, Steve Anderson, admits workamping isn’t for everyone, but says it represents a “tremendous opportunity” for the right kind of person — somebody, say, who wants to see the country and to be able to spend months, rather than days, in a location. “If you go to Yellowstone for three or four days, you’re seeing it,” says Anderson. “But if you’re living there for three or four months, you’re really experiencing it.”

Typically, the park service gives an RV owner a free camping space and utility hookups, plus a salary. Most people, Anderson says, don’t take workamping jobs for the money, since most pay under $10 an hour. “What they want is the experience of living in different parts of the country and doing different things.” The demographic of these workers is changing, as more Baby Boomers either choose the migratory lifestyle or are forced into it by financial setbacks. “The average age was 62,” says Anderson. “Now it’s 58. Some are people who never finished school, but we’ve also got doctors and lawyers and factory workers.”

He says Amazon is by far the biggest workamper employer — a fact the company will not confirm. All it would say, in a written statement to ABC News, was: “Amazon hires temporary employees, including workampers, in our fulfillment centers to manage a variation in customer demand throughout the year.”

Retired union painter Ted Samodell, 71, is a workamper — and proud of it. He and his wife Linda travel the country in their high-end 40-foot RV that has its own washer and dryer, plus a back door that drops down to become a ramp for their motorcycle. They’ve worked-and-camped at federal campgrounds; they’ve helped work a Christmas tree lot in Modesto, Calif.; and they got hired as hosts for an RV lot in Yuma, Ariz. They like their life.

“You get to go out and see things,” says Ted. “Plus, I like to work.” The money earned from workamping helps defray their travel costs. “When we first started touring the country,” says Linda, “it was easy to do. Now gas is up $2 a gallon in three years.” Plus, adds Ted, “You never know what’s going to happen with Social Security — it just scares the hell out of you.”

Last holiday season, Ted worked at Amazon’s distribution center in Campbellsville. They saw the job advertised on a Workamper Magazine hotline. “We’d never seen that part of the country,” says Linda. They stayed nearly four months. Ted did inventory in the warehouse. “People back in Kentucky are just wonderful,” he says. “We enjoyed the hell out of it. We stayed in a campground built by Amazon, right above the plant, two blocks away. It had room for 190 campers, and everybody there, expect for one or two, was there to work for Amazon.”

He was treated very well, he says. “They give you your lunch, and they give you various incentives. We got bottled water every day. If you had a good safety record, they gave you a nice lunch. I worked on Thanksgiving, and I got to bring home a nice pie. On your break, there’s fruit. They want to keep you healthy.”

William Fix worked 11-hour days last season on Amazon’s loading dock. He told website WalletPop that he had been laid off in 2007 from a job in the payroll department of a North Carolina school district, and that he then had lost his home to foreclosure. His RV wasn’t road-worthy, but he was able to rent one from another Amazon workamper. Not all the RVs in Amazon campsites are as spiffy as the Samodells’. Some are shabby. Blankets cover the windows of others, to keep in heat.

How do locals feel about having temporary neighbors like Fix and the Samodells?

Ron McMahan, executive director of Campbellsville’s economic development authority, sees them as an asset. “They eat, they dine, they go to church. They’re spending money here, as opposed to people brought in by bus from other cities.” (Amazon in the past had tried that approach to recruiting seasonal workers.) “They need veterinary services, medical services. They’re good for the community.” Plus, many of them have the “good work ethic.” Amazon is the biggest employer in the surrounding rural community of 25,000.