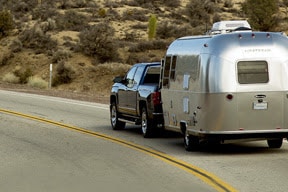 Thanks to action taken by Scenic America and the RV industry, President Donald Trump signed the Reviving America’s Scenic Byways Act of 2019 into law this week.

RVIA News & Insights reported that Congress had stopped funding the program in 2012 and with the help of those who contacted their members of Congress using RVAct earlier this year, the bill passed the Senate unanimously in September and by a 404-19 margin in the House of Representatives earlier this year.

The new law requires the Secretary of Transportation to start the application process for new byways within 90 days and to designate a round of new National Scenic Byways within one year. The Federal Highway Administration is tasked with developing procedures for the nomination process and publishing the process on its website within the 90-day window.

Scenic Byways both protect America’s scenic and historic places and contribute to strong local economies by facilitating the travel and tourism that leads to economic development in the nearby communities.

RVers are among those that benefit most from these improved and protected roads, allowing them to travel to beautiful places and experience the surrounding communities.

“The RV Industry Association is proud to have supported the Reviving America’s Scenic Byways Act,” said RV Industry Association Vice President of Government Affairs Jay Landers. “RVers regularly drive down National Scenic Byways, like Historic Route 66, Skyline Drive, or the Blue Ridge Parkway. We applaud Congress and the President for reopening the National Scenic Byways Program and ensuring that millions of Americans will continue to be able to experience the magic of the open road.”