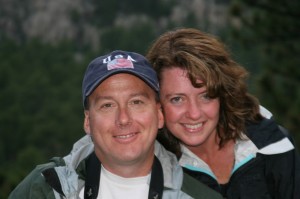 When Anderson’s Brochure Distribution Service began working with the RV industry 32 years ago — distributing brochures for campgrounds, RV parks and state associations at camping and RV shows along the east coast — digital media had not entered the scene.

But even in today’s world of social media sites, email blasts and online advertising, Joe Tice — who in 2010 bought the company with his wife Jessica — understands paper is not dead.

“We used that service and wanted a company that was outdoor related,” Joe Tice recalled. “We thought we could improve it. There is still a place for brochure distribution in everyone’s marketing plan.” Tice said people still like to sit down and look at something when planning RV trips. They use the Internet, but the first touch they may get for an RV park or campground they want to visit could be from a brochure at the Anderson’s booth at an RV show. Anderson’s grabs information from campground and RV parks and takes it on the road in the eastern U.S. and Canada, promoting campgrounds and tourism at camping and outdoor-recreation shows.

Seasoned RVers and campers staff the booths and answer questions, and the booths are not just racks of brochures. The displays are set up according to region, so brochures are in a cohesive area, identified by easy-to-read headings.

In addition, the company has expanded its booth-management services, setting up and staffing customer booths, separate from the Anderson’s booth.

For the full story, pick up the December issue of Woodall’s Campground Management.