Approval of Mass. Park Development Is Under Appeal 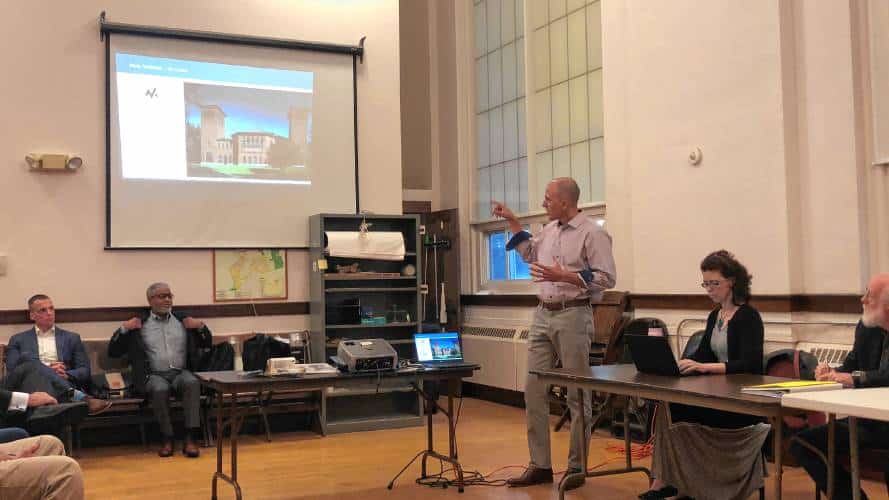 Christian Arnold, founder of Clockwork Architecture — the developer for the proposed Idyllwood campground — outlines the various aspects of the project during a public hearing in September at Northfield (Mass.) Town Hall.

The approval of the Idyllwood campground by the Northfield (Mass.) Planning Board is being challenged with an appeal, according to the Greenfield Recorder.

Planning Board Chair Stephen Seredynski said a formal appeal was filed by a resident on Oct. 24. The planning board has provided all the information it received throughout the application and public hearing process to the abutters who filed for the appeal, he said.

The appeal was filed with a list of concerns regarding why the appealing party thinks the campground should not have been approved.

“There is nothing the planning board needs to do at this point,” he said.

The development’s applicants and their attorney will be responsible for defending the appeal, Seredynski said. It is up to Arnold and the campground applicant’s attorney to review this appeal and respond in defense, or with an explanation of why the appeal should be dismissed.

The campground would be constructed on Moody Center property, along Pierson Road. According to the plan presented during the public hearing process, it would consist of 12 cabins and 27 large furnished tents.