Ariz. ARVC Directors to be Involved After Retirement 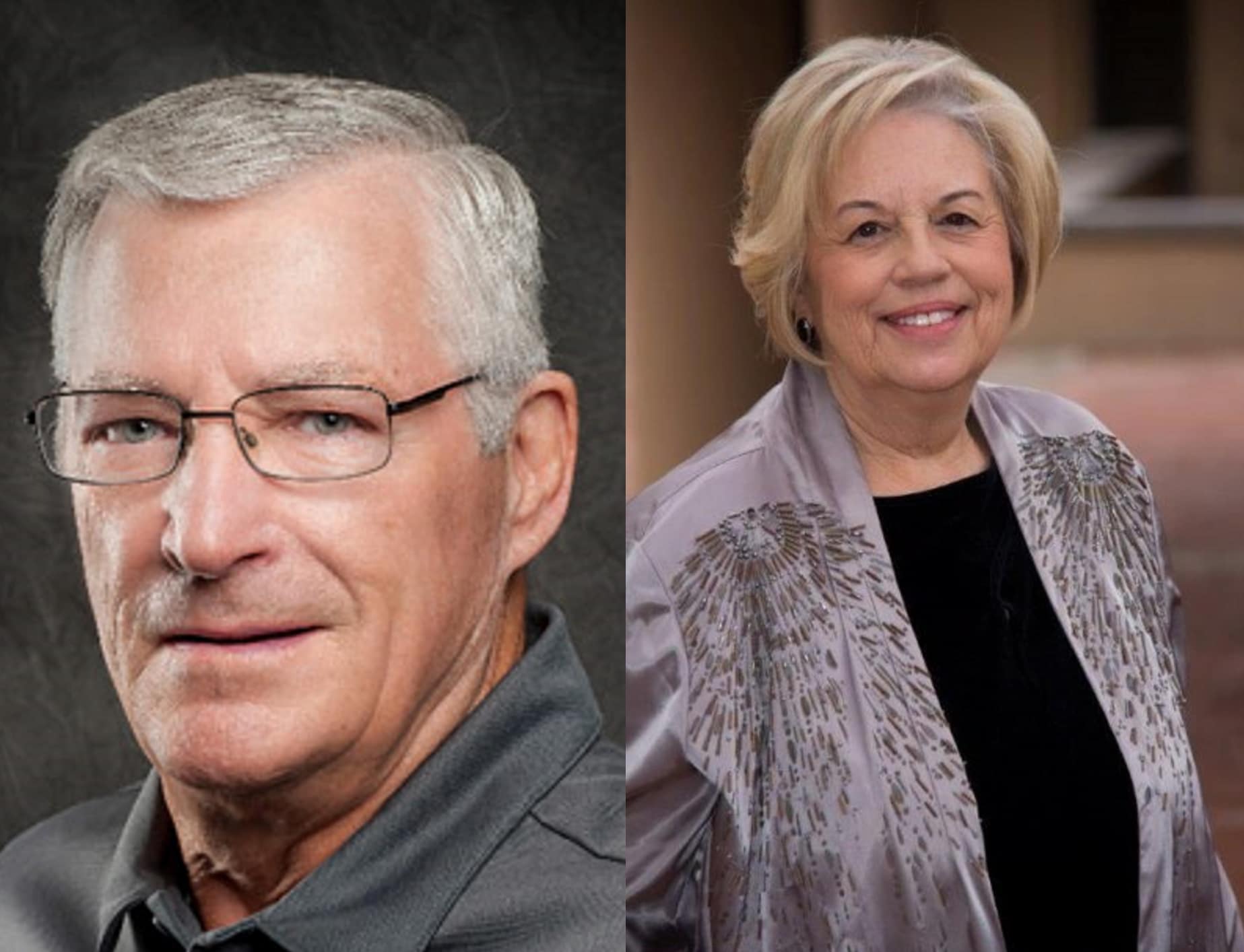 Jo Anne Mickelson and David Schenck are retiring as co-executive directors of the Arizona Association of RV Parks and Campgrounds at the end of this year.

They’ll be replaced by Susan Brenton, a trade association management professional who has represented Manufactured Housing Communities of Arizona since 2003.

Brenton’s contract will be signed during the Arizona ARVC board’s annual planning retreat in August, but she won’t officially take over the management of the association until Jan. 1.

Neither Schenck nor Mickelson are ready to fully retire just yet, however. Both are considering serving on the Arizona ARVC board after relinquishing their co-executive director positions at the end of the year.

Schenck, who is nationally known for his work in the campground insurance business, served on Arizona ARVC’s board from 2002 to 2018, when he became a co-executive director with Mickelson.
Schenck has focused on member relations, recruitment and retention, frequently traveling across Arizona to meet face-to-face with park operators. Earlier this year, he was the recipient of the Jack Denton Memorial Award, Arizona ARVC’s most prestigious award.

Denton was an Arizona campground industry pioneer who founded the Flagstaff Kampgrounds of America (KOA) and helped establish the Arizona Travel Parks Association, the precursor of Arizona ARVC, as well as the National Campground Owners Association (NCOA), which later became the National Association of RV Parks and Campgrounds (ARVC). Denton passed away in 2012.

Schenck retired from the campground insurance business in 2018. His insurance career included 10 years with Sturgis, S.D.-based Leavitt Recreation and Hospitality Insurance; 15 years with Denver-based Jim Calfee Insurance; and 25 years as an insurance agency owner/agent based in Omaha, Neb.

Mickelson, for her part, said she is looking forward to turning over Arizona ARVC’s executive director position to Susan Brenton, but she said she would continue to serve on the board. Mickelson has spent the past few years focusing on managing Arizona ARVC’s finances and legislative issues.

“It’s time for a change,” said Mickelson, who co-owns J & H RV Park in Flagstaff with her husband, Harvey, who has also served on the Arizona ARVC board for many years. Jo Anne has served as executive director of Arizona ARVC for 10 of the association’s 46 years.

Before assuming the executive director position, Jo Anne served as president of Arizona ARVC. She also served on the ARVC Board of Directors from Region 6 for two terms from 2006 to 2011. Jo Anne has received several awards, including the ARVC State President of the Year in 2004; the ARVC State Executive Director of the Year Award in 2014; and the Jack Denton Memorial Award in 2015, while her husband, Harvey, won the award in 2019.

The Mickelsons will continue to manage their award-winning RV park in Flagstaff, which they have co-owned and operated since 1982. While they plan to travel more and gradually turn over more of the park management responsibilities to their children, Jo Anne said they are not ready to fully retire.

Mickelson said she looks back with pride on the improvements she has been able to make in the association since its early days when it was known as the Arizona Travel Parks Association.

Mickelson said she joined the board because she wanted to do something positive for Arizona. “It was not very professional when I took over,” she said, adding that meetings were “very unruly” with park operators shouting at one another.

“At my first board meeting, I didn’t have a gavel,” Mickelson recalled. “I had a hammer,” she said, adding that she threatened to use it on anyone who shouted.

“That was the last time anyone ever shouted,” she said with a laugh.

Beyond bringing a sense of order to association board meetings, Mickelson said she focused on increasing the group’s professionalism and making it more respected in the campground industry.

“I wrote the association’s original policy manual when I took over and I have updated it two or three times since then,” she said.

Mickelson also worked with Schenck to increase the association’s membership base, which has more than doubled since she took over managing the association. “We have 100 parks as members. When I took over (as executive director), there were about 45 members,” she said.

Several parks have joined Arizona ARVC in recent months, including:

Schenck said he would be willing to continue to volunteer, perhaps as an honorary board member, to help Arizona ARVC continue its membership recruitment efforts, which he has spearheaded in recent years.

Mickelson said it’s a good time to be in the RV park business, given the record-breaking pace of RV sales.

“The phones are just ringing off the hook,” she said. “We’re getting calls about every 30 seconds.”

Their park, which is age-restricted to people 30 and over, has a big following, she said. “We love that 30 to 55 age group,” she said.