By: Jeff Crider|Published on: May 11, 2021|Categories: Industry News| 0 comments 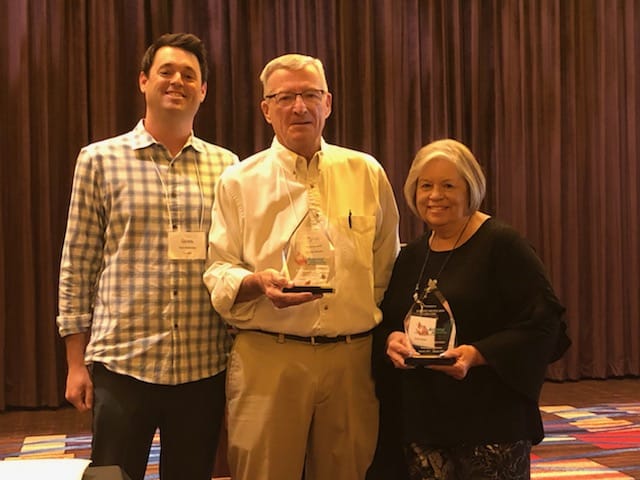 Members of the Arizona Association of RV Parks and Campgrounds got to meet their future executive director during the association’s convention in April.

Susan Brenton, a trade association management professional who has represented Manufactured Housing Communities of Arizona since 2003, has been selected by Arizona ARVC’s board of directors to become the association’s next executive director. Brenton will replace Jo Anne Mickelson and David Schenck, who have jointly held the position since 2018, while Mickelson has managed the association for the past decade.

Brenton’s contract will be signed during the Arizona ARVC board’s annual planning retreat in August. She will officially take over management of Arizona ARVC on Jan. 1, following Mickelson and Schenck’s retirement at the end of the year.

While Arizona ARVC was unable to hold a convention last year because of the COVID-19 pandemic, Mickelson said attendance at this year’s convention was strong and that the association has continued to grow its membership base.

Convention speakers include Melissa Parham, of the Zona Law Group in Scottsdale, who talked about state legislative issues involving COVID-related evictions and other topics. Other speakers talked about dynamic pricing and human resource issues.

Several awards were also presented during the convention, including:

The Jack Denton Memorial Award was presented to David Schenck, who became co-executive director of Arizona ARVC in 2018 after retiring from the insurance business. Schenck is nationally known for his work in the campground insurance business. His insurance career included 10 years with Sturgis, S.D.-based Leavitt Recreation and Hospitality Insurance; 15 years with Denver-based Jim Calfee Insurance; and 25 years as an insurance agency owner/agent based in Omaha, Neb.

Mickelson and Schenck were also recognized for their time that they have provided to the association as co-executive directors.

The Supplier of the Year Award was presented to Leavitt Recreation & Hospitality Insurance. Special recognition was also given to Annette Weinell and Wendy Bykofsky, of Rincon Country West RV Resort in Tucson, and to Melissa Parham, of Zona Law Group, for their service to Arizona ARVC.