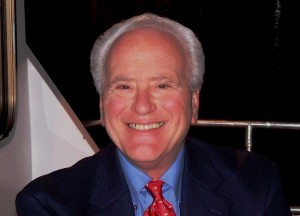 One of the most daunting new paperwork and record keeping burdens for small business to come along in quite some time is the new requirement that every firm submit 1099 forms for all vendors with whom it does more than $600 in business.

The first of the sessions was held on June 25 in Annapolis, Md. King & Gorin, ARVC’s public affairs consulting group, prepared a presentation on behalf of ARVC that was delivered at the meeting by Rick Webster, a King & Gorin associate, the key points of which included:

Other listening sessions have already been held in Charleston, S.C., Seattle, Wash., Los Angeles, Calif., and Ashville, N.C. For further information on future sessions as they are scheduled, visit http://www.doi.gov/americasgreatoutdoors/.

One of the most daunting new paperwork and record keeping burdens for small business to come along in quite some time is the new requirement that every firm submit 1099 forms for all vendors with whom it does more than $600 in business.

This new expanded 1099 requirement goes into effect in 2012 unless it is repealed. The new provision was adopted as part of the recent health care reform act as one way of paying for the cost of health care reform. Expanding the 1099 requirement is one way that Congress is addressing the “tax gap,” the difference between what Congress estimates should be collected in taxes and what is actually being collected.

By requiring 1099s for all businesses, Congress hopes to increase tax collections. However, there will be extreme financial penalties on businesses failing to submit the 1099s or for submitting them with errors or incorrect information on the business’ federal tax id number or other information.

The Small Business Legislative Council and other groups have formed the Repeal Form 1099 Coalition and ARVC is actively participating in this coalition, which has met with administration officials to drive home the extreme cost consequences to small business and is hoping for some administration support to either repeal or soften the requirement.

ARVC members and indeed all who read this article are urged to write to the their senators and Congressman urging the repeal of the expansion of Form 1099 requirements. The direct cost for businesses in administering this new law will be extensive. Record keeping and related expenses represent a significant new cost to businesses. Please get on this soon.

The current situation is well known, with no estate tax owed on estates created in 2010 and the extreme estate tax situation beginning in 2011: a $1 million exclusion and a 55% tax rate unless Congress acts to modify the return to the levels of the tax pre-2003.

Most groups in the small business community are lobbying and hoping for some congressional action to set the estate tax exclusion at $3.5 million, an annual escalation of that amount based on the cost of living that year, and a maximum tax rate at 45% for estates over that threshold. In the Senate, there may be support for a proposal that would set the exclusion at $10 million and a top tax rate at 35%. As deficit concerns grow, however, support for that high exclusion and lower tax rate may be withering.

Common wisdom (if such a thing exists in Washington) is that nothing will be done in 2010 but pressure in 2011 when the lower exclusion and confiscatory tax rate sets in may be sufficient to get the Congress to act, regardless of the political makeup of the House or Senate.

Many tax cuts enacted in 2001 and 2003 are on the table now as the expiration dates for these cuts come closer. The top rate of 15% on dividends expires at the end of this year and it is possible that the rate on that income could be as high as 39.6% in 2011. And the capital gains rate of 15% in place since 2001 is likely to rise back to the original 20%.

The president’s budget calls for extending the tax breaks to those earning less than $250,000 but some congressional leaders are suggesting that the need to reduce the deficit may mean tax increases for those below that threshold.

In all likelihood, the current tax rates will be extended and the next Congress in 2011 will have to deal with any further actions in increasing or lowering taxes.

There are a number of tax credits available to businesses for the installation of alternative energy technology and energy conservation measures. RV parks and campgrounds looking for ways to reduce utility costs and become more “green” should carefully review the possible conversion of propane or electric hot water to solar, the addition of solar heating for swimming pools and the use of photovoltaic cells for producing electricity in some remote park areas.

This is a good way to add a new park feature that is often appreciated by consumers while becoming more cost efficient and taking advantage of government subsidies available to encourage alternative and conservation measures.