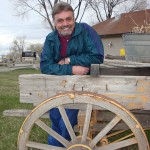 ”The overall theme is that we are stable,” said Executive Director Mark Bowersox. ”Our membership is up a little bit for the first time in the last several years. It’s a reflection of the industry.”

With 357 members total, about 50 campgrounds are members of IMHA-RVIC, Bowersox reported.

”I had a very productive meeting with the Indiana folks,” said Jeff Sims, ARVC director membership and public affairs. ”There were questions about evictions, senior-only parks, long-term storage and ADA guidelines for chair lifts in pools,” said Sims, a former campground owner for 40 years in Branson, Mo.

Sims said ARVC is developing a national data base on local issues so that campground owners can understand how specific issues are being handled in the various states.

Of particular interest on the Indiana association’s two websites — campindiana.org and indianarvlifestyle.com — and pending changes in ARVC’s gocampingamerica.com web portal.

Both are being more closely tied to the ARVC’s website, Bowersox said.

On the Indiana sites, RVIC has taken over responsibility to keep up to date the campground web pages it hosts, Bowersox said, while ARVC’s site, which is undergoing an upgrade, will allow campground owners throughout the nation to upgrade their own information.

”Before, I think it’s been very cumbersome for them to get that information updated,” Sims said. ”The new system will be simple and campground owners will be able to upgrade their information directly.”

IMHA-RVIC will elect new officers during a Dec. 9 meeting in Indianapolis.