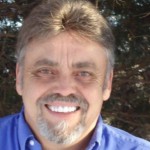 The U.S. Department of Justice threw private park operators a curve ball earlier this year when it published dramatic changes in accessibility requirements for swimming pool lifts under the Americans with Disabilities Act (ADA).

New regulations published Jan. 31 gave park owners only 45 days to install swimming pool lifts at their facilities, an unrealistic timetable by any stretch of the imagination, given the size of the campground industry and the relatively small numbers of pool lift providers, according to a news release from the National Association of RV Parks and Campgrounds (ARVC).

Department of Justice officials also gave park operators differing interpretations of the new regulations, with some saying permanent pool lifts are required at every pool or body of water, while others said portable pool lift devices would suffice.

The 2010 ADA Standards gave park operators the option of installing either permanent or portable pool lifts to provide their disabled guests with access to pool, wading pool and spa facilities.

Given these contradictions, and the looming enforcement deadline, ARVC joined forces with the American Hotel & Lodging Association and other groups to call on the Department of Justice to revise its regulations to make it easier for small and medium size businesses to comply with the new regulations using portable pool lifts. ARVC and its industry partners have also asked the federal government to extend the deadline for compliance with the new regulations by six months.

Jeff Sims, ARVC’s director of state relations and program advocacy, is working closely with the Washington, D.C. law firm of McDermott Will & Emery on the ADA pool compliance issue. In a recent Q & A, Sims addressed several key questions involving the history of the pool lift issue, where we’re at today, and what park operators can expect ARVC to do on this issue in the coming months:

Q: Were campgrounds, RV parks and resorts previously required by the Americans with Disabilities Act to make swimming and wading pools and spas accessible for the disabled?

Sims: No. Not until now. The ADA regulations and Standards for Accessible Design that were originally published in 1991 set the standard for what makes a facility accessible. And while the updated 2010 standards retain many of the original provisions of the 1991 standards, they do contain some significant differences. They are also used differently depending on whether you are altering an existing building, building a new facility or removing architectural barriers that have existed for years.

Q: When did the U.S. Department of Justice first indicate that portable pool lifts may not be compliant in some circumstances with ADA regulations?

Sims: On January 31st of this year – Just two months before the deadline for compliance!

Q: Why is it important for ARVC members to be aware of these standards?

Sims: These standards can have a direct effect on parks’ cost of doing business. This is also a civil rights issue about accessibility. The ADA’s regulations and the ADA Standards for Accessible Design, originally published in 1991, set the standard for what makes a facility accessible. While the updated 2010 Standards retain many of the original provisions in the 1991 Standards, they do contain some significant differences. These standards are the key for determining if a small business’s facilities are accessible under the ADA. However, they are used differently, depending on whether a small business is altering an existing building, building a brand new facility, or removing architectural barriers that have existed for years.

Q: Are there other facilities besides swimming pools that are subject to new ADA regulations?

Q: Campground operators have received conflicting information from federal officials over what the Justice Department really required, particularly on the question of whether private parks could get by using portable pool lifts or whether they would be required to install permanent pool lifts for each swimming pool. Do we know even now what the federal government really required?

Sims: We asked the Department of Justice to revisit and revise its Jan. 31, 2012, guidance, which required a fixed pool lift (if readily achievable). The guidance also stated that a portable pool lift is not compliant in some circumstances. In expressing a preference for and requiring a fixed pool lift, the federal guidance is at variance with the 2010 Final Rule, which did not distinguish between fixed and portable lifts. Furthermore, we believe there has been no evidence presented during the rulemaking that demonstrably shows the superiority and necessity of a fixed pool lift. In our experience, a portable pool lift is functionally equivalent to a fixed lift in that it provides entry and exit from the pool or spa. It’s also a more affordable option for park operators in meeting these new requirements.

Q: When did ARVC get involved in monitoring the pool lift issue and intervening on behalf of private park operators on this issue?

Sims: I was hired on Jan. 15th 2011, and became aware of the issue nearly immediately. ARVC hired McDermott, Will & Emery in Washington, D.C., to head up our legal and lobbying efforts in April of 2011. They issued their first “Guidance for ARVC Members Regarding the New ADA Requirements for Pools and Spas” on May 11th, 2011. On June 16th, they provided additional guidance to ARVC members concerning the term “readily achievable” in Department of Justice parlance. They have since helped us develop an effective grass roots campaign on this issue.

Q: What has ARVC achieved to date on this issue?

Sims: ARVC has been the leader in providing information concerning the new ADA Standards to the campground industry. Working with our coalition partners and our members, we were able to convince U.S. Attorney General Eric Holder to delay the implementation of new ADA rules regarding swimming and wading pools for at least 60 days. That means the compliance deadline has been pushed back to May 15th. The Department of Justice also published a Notice of Proposed Rulemaking, which solicited comments on whether or not it should delay the implementation of the new rules for pools and spas 180 days. ARVC organized a letter writing campaign to provide NPRM input on behalf of campground owners to insure our common voice was heard.

Q: What other business groups are working with us on the ADA issue?

Q: What did ARVC request of the Justice Department in its April 4th letter?

Sims: We stated that our members are very strong supporters of the spirit and intent of the ADA. However, we noted that the technical assistance document or “guidance” published by the Department of Justice on January 31, 2012, is confusing, at variance with the 2010 Final Rule, and problematic for those of us who fully intend to comply with the ADA’s requirements. We, therefore, called on the Department of Justice to revisit and revise its January 31st guidance. We noted that the department had failed to consider the financial burden permanent pool lift requirements would place on our members, not only for the equipment itself but for the required electrical bonding under the National Electrical Code and for the reconstruction of pool decks. We also noted that the installation of fixed pool lifts also requires building permits and construction work that can take additional time, and that places public accommodations at risk of being sued for non-compliance. In any event, a sufficient supply of fixed pool lifts is simply not currently available, according to a representative of pool lift manufacturers who met with Obama administration officials on March 26th. We also urged the Department of Justice to make clear that public accommodations may store portable pool lifts and make them available after determining at check-in whether a disabled patron wishes to use the accommodation’s pool or spa. Additionally, we urged the Department of Justice to allow public accommodations to share portable pool lifts among pools and spas. In fact, such a requirement could make more pools and spas accessible to disabled patrons.

Sims: The Department of Justice is considering nearly 1,400 comments that were submitted on the topic of extending the compliance date for 180 days, which leads us to believe the extension may be attainable. However, many advocacy groups for the disabled have argued that the compliance date should not be extended at all. Meanwhile, ARVC and other organizations are continuing to argue that the Justice Department should not require fixed pool lifts and that portable pool lifts should be compliant. Legislation has also been introduced in Congress to delay the implementation date and to the allow the use of portable pool lifts. But passage of such legislation seems unlikely. ARVC members should, therefore, continue to make their voices heard to their representatives on this issue. This will be a key topic ARVC members who are attending the National Issues Conference in Washington, D.C., on May 9th will be addressing in private Congressional meetings.