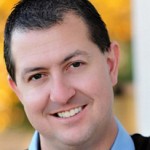 Click here to listen to an audiotape, courtesy of Inside INdiana Business, of an interview with Matt Eckert, new president and CEO at Holiday World & Splashin’ Safari in Santa Claus, Ind.

The board of directors for Holiday World & Splashin’ Safari in Santa Claus, Ind., has named Matt Eckert the park’s new president and CEO.

“Matt was hand-picked by my late husband, Will, to be in a leadership role at the park; I know he would be pleased with our choice,” says park Vice President Lori Koch. “As president and CEO, Matt will work closely with our board to keep our family’s park flourishing.”

Eckert began his tenure with the park in 2000, when he was hired to be the park’s controller; he served as one of the park’s two general managers from 2007 to 2012. He is an International Association of Amusement Parks & Attractions Certified Attractions Executive and has served on its Human Resources Committee.

Eckert is a graduate of Indiana State University with a bachelor’s degree in accounting and insurance. He is a certified public accountant.

“My brother-in-law Dan stepped in to serve as president following Will’s sudden death in 2010,” says Lori Koch. “We thank him for his leadership and wish him well as he returns full-time to his law firm in Florida.”

Eckert tells Inside INdiana Business the parent company isn’t planning to acquire other properties, but is looking for ways to draw visitors from new markets.

The new CEO of Holiday World & Splashin’ Safari is looking to continue the tradition of family-focused innovation. Eckert says two new attractions are set to open at the southern Indiana theme park in May. The park will debut “Hyena Falls,” featuring four different water slides and “Kitty’s Tea Party,” a tea cup ride based on a character named “Kitty Claus.”

The amusement park is located adjacent to Lake Rudolph Campground & RV Resort, one of the state’s larger RV parks.