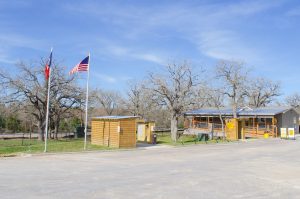 In 2013, John T. Baker stood next to his grandfather looking over a piece of land to the east of Austin, Texas, and told him he was going to turn the roughly 42 acres of land into a campground.

“I think I have spent one night in an RV and have camped a half-dozen times,” said Baker.

Still, he was dedicated to making his vision come to life and on January 2, nearly five years after beginning the process of creating a campground, the Austin East Kampgrounds of America (KOA), one of the newest to join the 500-plus KOA system, opened for business.

Constructed in phases, Baker said that phase one is currently complete, with 83 sites and two cabins due to be ready in 2 to 3 weeks.

“We have reservations on the cabins in place already,” he said.

Baker also has plans in place to finish a group tent site, with an outdoor kitchen, water, electric and tents on raised platforms. He said that the tour guide company Grand Adventures is set to utilize the site in 2018.

Other phases of the campground will be completed based on demand. Baker said he envisions phase two, which will double the number of sites, to be completed in three years, although it could be quicker if there is a strong need for more sites.

Phase three would be completed three years after phase two and add even more sites. In total, Baker said the campground, with all three phases complete, will host 275 sites with 45-plus cabins.

Baker said he built the campground with guests’ needs in mind. The main road through the campground is 25-feet wide and side roads are 18-feet wide, giving RV owners plenty of space to maneuver their rigs.

“Our back-in sites offer additional parking for a truck and the sites include patios,” he said. “We also offer Wi-Fi, a heated/chilled pool, clubroom with deck and a bath house.”

Within 15 minutes of downtown Austin, Baker said that the campground is a perfect destination for visitors wanting to enjoy all the activities that Austin has to offer. 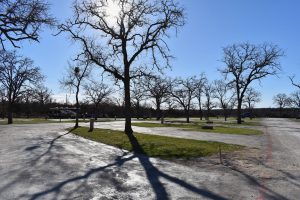 “I have really been focused on making sure that our hospitality and customer service is where it needs to be,” he said. “If we can’t treat our guests right than the business will fail.”

Baker said that he began the process of joining KOA almost as soon as he came up with the idea of building the park. He said that KOA officials helped him design the park and answered a slew of questions.

“They really helped take a number of things off my plate,” said Baker.

He also spent a lot of time traveling to conventions, reaching out to campground owners and touring other campgrounds. The Texas Association of Campground Owners (TACO) was also a major source of information for Baker.

“It was a long educating process and I am still learning,” said Baker. “I was pleasantly surprised at how open and helpful this industry is. Everybody I approached was willing to help me and they would tell me that there is plenty of business for everyone. I am looking forward to paying it forward in the future.”

If you are looking to develop a new park or simply looking to buy a park, Baker said that it is important to reach out to others.

“You need to become as knowledgeable as possible,” he said. “It will affect your business model and campground design, and it helps ensure that you are making smart decisions.”

Baker recommended that anybody looking to build a new campground get a good grasp on local codes and build relationships with local officials, who will decide whether you can even build the park. He said developers need to see if the local officials have an “appetite” for the project. 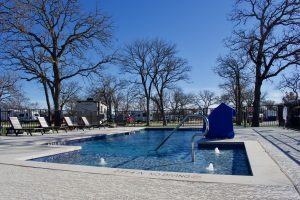 Baker said he struggled to get his plans and permits in place with local officials.

“It is not completely their fault,” he said. “A new campground project doesn’t come around every day. It may be 15 to 20 years before they even see another similar development, so they don’t understand what they are looking at.

“They see apartment and subdivision developments come through all the time, so they know the code and the type of development they are looking at,” he continued. “With a campground they will often compare it to a mobile home park. Campgrounds are different. So, it can be a long educating process.”

As far as marketing the new KOA, Baker said he turned to other local campground owners to help refer people to his park.

“A lot of the campgrounds around here have waiting list, so last summer I called them and told them what I was doing here and they have begun referring people to my park,” he said. “It is a chance for me to make them look good, because if guests are referred here and they like this park it makes the other campground owner look good too.”

For more information on the Austin East KOA you can head to www.koa.com/campgrounds/austin-east/.