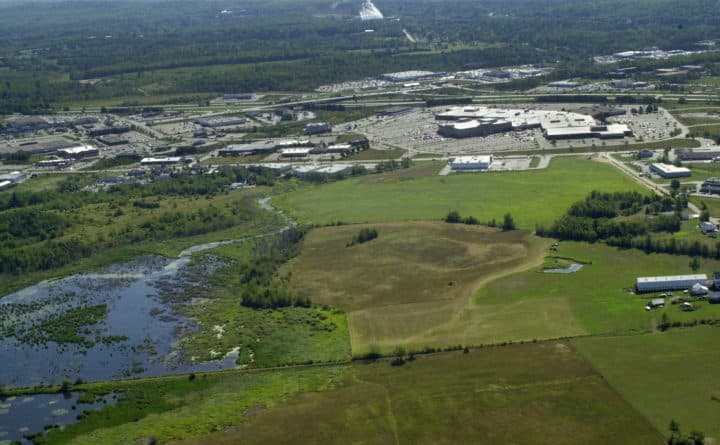 A special Bangor, Maine, commission that formed more than a decade ago to balance development of the Bangor Mall area with the protection of the nearby Penjajawoc Marsh will soon come out of dormancy to try to resolve a dispute over a proposed RV park behind the Walmart Supercenter on Stillwater Avenue, according to the Bangor Daily News.

On Monday (Oct. 28) night, the Bangor City Council delayed action on a controversial proposal that would allow RV parks, campgrounds, golf courses and driving ranges to be developed along certain rural sections of Stillwater Avenue. The change has been requested by a Newburgh woman, Cindy DeBeck, who wants to develop a seasonal RV park on 70 acres of her family’s land.

Some councilors suggested that they would oppose the proposal out of concern that it could invite other types of development that would threaten the marsh and the nearby Bangor City Forest. Earlier this month, the planning board voted 4-3 against recommending the change, which the Bangor Land Trust has opposed. The council also rejected a similar proposal earlier this year.

This time, councilors ultimately voted 5-3 to reconsider the issue in March 2020. In the meantime, they asked members of the Penjajawoc Marsh-Bangor Mall Management Commission to consider whether both sides could find common ground.