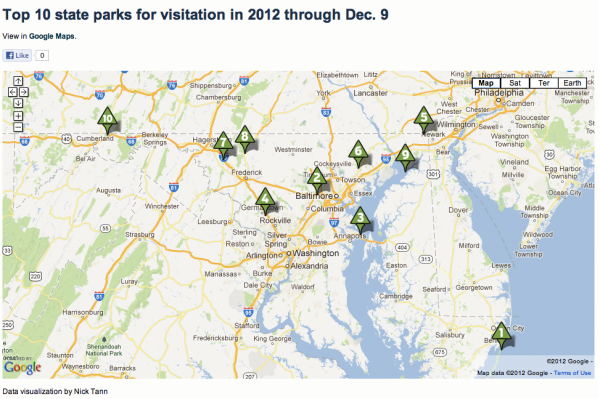 The new green at Maryland’s state parks is cash, and lots of it.

This has been a banner year for the 66 parks, which logged nearly 11 million visitors by early December, 1.1 million more than at the same point last year. Long the destination of day trippers and tent dwellers, state parks have become a go-to spot for thousands of staycationers, who not only pay entry and campsite fees but also leave a trail of money through the communities just beyond their borders, the Baltimore Sun reported.

“Parks are destinations that create opportunity for people to enjoy the outdoors and each other,” said Matt Baker, owner of Terrapin Adventures, a zip line and outdoor center in Howard County, just minutes from Patapsco Valley State Park. “And, of course, they also spend money.”

A 2010 study by the state Department of Business and Economic Development said park visitors spend more than $567 million each year, producing a total economic impact of more than $650 million. Park activity generates $39 million in tax revenue and supports 10,000 jobs.

The state gives the parks a budget of $34 million.