Bennett: N.Y. Law Is A Win For CONY, Park Owners 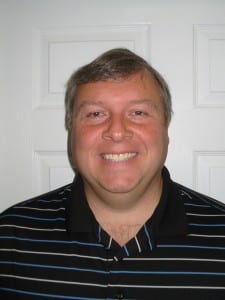 Chalk one up for Campground Owners of New York (CONY). After a decade-long legislative battle, the Pittsford-based group succeeded in passing legislation that makes it easier for campground operators to remove unruly or disruptive guests.

Under the new law, if a seasonal guest violates campground rules, he or she must be given a warning in writing. If they break the rules again, the park operator can call the police and have the guest removed.

The exception, Bennett said, is when a guest is involved in illegal activity. If that happens, the guest can be removed immediately.

Bennett said the legislation was necessary to give park owners and law enforcement the clear authority they needed to remove unruly guests when a park owner contacts the police. Prior to the legislation being passed, he said, police often did not want to get involved in disputes between park operators and their guests, thinking it was a “landlord-tenant” type dispute.

Bennett said the legislation makes clear that the relationship between a park operator and a guest is not a landlord-tenant relationship.

The legislation also makes it easier for park operators to dispose of abandoned property, such as trailers.

“If seasonal camper leaves a trailer behind, the legislation gives the park owner the ability to get rid of it on an expedited basis,” Bennett said.

The legislation was sponsored in the Senate by Sen. Betty Little, R-Queensbury, and in the Assembly by Assemblyman Bill Jones, D-Plattsburgh. It was signed into law by Gov. Andrew Cuomo in December.