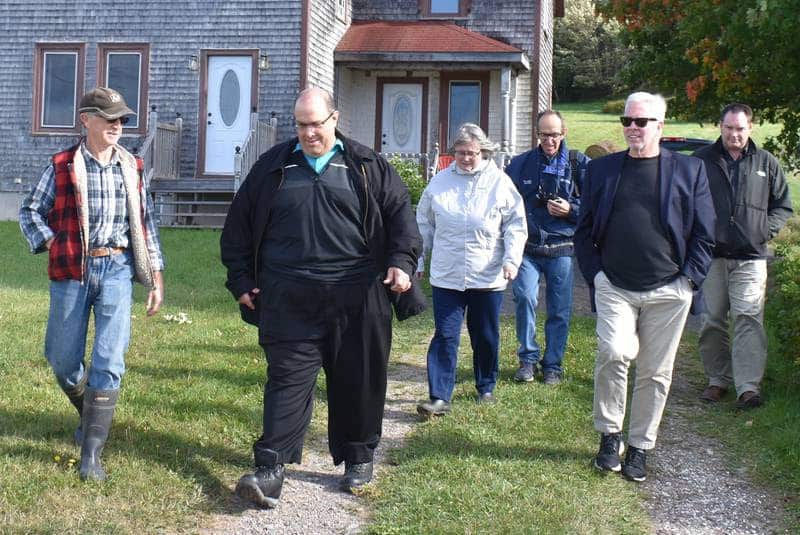 The organic farmer’s family land lies adjacent to the proposed site of an RV park and campground, that if developed could host more than 200 motorhomes and camping trailers at any one time on a parcel of land that includes shoreline on Lochmore harbour, a coastal lagoon mostly closed off from Bras d’Or Lake.

But the ground on the heavily wooded property has yet to be turned by a shovel in the almost two years since MacInnis and his neighbours were first informed of the proposed development.

“Things have been very quiet and we haven’t really heard much from anybody on the RV park,” said MacInnis, who is one of a group of seven area residents that successfully challenged a March 2018 Cape Breton Regional Municipality (CBRM) council decision that was a key component on the developer’s checklist of mandatory approvals.

The controversial council decision, the result of a narrow 7-6 vote, amended a CBRM land-use bylaw and paved the way for Calgary-based developer Chris Skidmore to proceed with other regulatory requirements.

However, those plans were put on hold when the MacInnis group, which also includes Ed MacIntyre, Maureen Campbell, David and Debra Moffatt, Ann MacIntyre and Helen Doherty, challenged the CBRM council decision.

Following a multi-day hearing last summer, a Nova Scotia Utility and Review Board tribunal overturned council’s decision in January. It ruled that the decision didn’t reasonably comply with the intent of the CBRM’s own municipal planning strategy and offered no provisions to protect nearby residents from excessive noise. It also opined that the project was not visually compatible with the surroundings.

Shortly thereafter, the CBRM officially filed a legal challenge of the UARB ruling. The case will be heard in the Nova Scotia Court of Appeal in Halifax on Sept. 16.

But one member of the group of seven that appealed the CBRM council decision has been hoping the municipality will back down and abort its challenge.

“The CBRM could withdraw at any point,” suggested Helen Doherty.