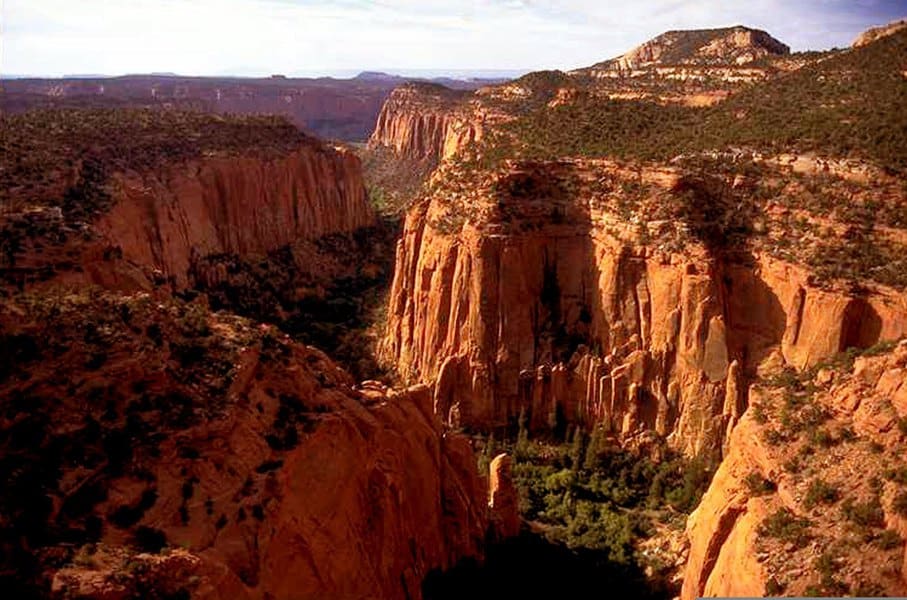 Utah Rep. Chris Stewart on Wednesday (Oct. 14) reintroduced his controversial legislation to create a sixth national park in Utah, according to The Salt Lake City Tribune.

The bill aims to form the “Escalante Canyons National Park and Preserve” out of part of the current 243,241-acre Escalante Unit of the Grand Staircase-Escalante National Monument. That area outside Boulder in Kane and Garfield counties is marked by sinuous slot canyons and sandstone plateaus.

A news release said exact park boundary proposals are still being finalized in consultation with local communities. Stewart’s bill calls for the portions of the Escalante Unit not put into the new national park to become the Escalante Canyons National Monument.

It failed to pass in the last Congress, and the reintroduction is coming so late in the current Congress that it has a slim, if any, chance of advancing.

“Whether you want guaranteed access or long-term conservation, the Escalante Canyons National Park meets your goals,” Stewart said in a statement Wednesday.

“By providing for a strong local voice in park management, the Escalante Canyons Park and Preserve is pioneering management that works collaboratively with those who live and work in this area,” he added. “This legislation invites those who want to experience the beauty of Utah, our paleontology and ancient history, and the local culture to come enjoy this part of the state.”

His legislation includes recreation, hunting and grazing among land uses that the new park would be ordered to “protect, conserve and enhance.”

The bill would also transfer “Hole in the Rock Road” to the state of Utah in recognition of the road’s historical significance as a pioneer trail for the early settlers sent to the area by leaders of The Church of Jesus Christ of Latter-day Saints.

The bill would create a seven-member management council, dominated by local elected officials, that would craft management plans for the new park and monuments.

Critics of that approach say that while local management control may sound good, it could put parochial interests ahead of the larger public interest in preserving special landscapes owned by all Americans.

Environmental groups and others have attacked the legislation and held a protest outside the U.S. Capitol after the original legislation was introduced in 2017.

They complained that the bill seeks to write into law Trump’s proclamation that slashes the original Grand Staircase-Escalante National Monument by half, and would put conservative Kane and Garfield county commissioners largely in charge of what’s left.

“To suggest that creating a national park out of what is an extraordinary protected landscape for the purpose of drawing more tourists is insane,” National Parks Conservation Association Southwest regional director David Nimkin said of the original bill back in 2017.

“Rather than seek to enhance this remarkable place and its undeniable world-class objects, Rep. Stewart has put them squarely in the crosshairs of an all-out assault,” Steve Bloch, legal director for Southern Utah Wilderness Alliance, also said at the time.