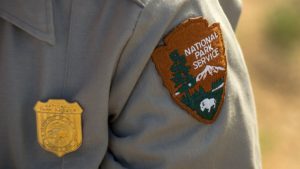 A proposed bill introduced to Congress on Wednesday (March 7) by a group of bipartisan senators looks to fund the National Park Service’s (NPS) growing maintenance backlog. The National Park Restoration Act was also introduced with major support from Secretary of the Interior Ryan Zinke, according to the Adventures Sports Network.

According to a press release from the Department of the Interior, “The proposed ​bill would​ use up to $18 billion in revenue derived from energy produced on federal lands and waters to​ establish a special fund within the Treasury specifically for “National Park Restoration”. The bill ​follows the blueprint laid out in Secretary Zinke and President Trump’s budget proposal, the Public Lands Infrastructure Fund.​”

Deriving revenue from the leasing of public lands and waters for natural resource extraction falls in line with the Trump administration’s intentions to vastly expand offshore oil and natural gas drilling. As The Washington Examiner notes, “The department’s proposed repair fund could be paid for with federal energy revenue, including oil, gas and coal leasing, as well as solar, wind and geothermal development.”

The deferred maintenance backlog is a very immediate issue. The NPS estimates that its maintenance backlog is between $11 and $12 billion. And considering that national parks saw another 330 million visitors in 2017, these repairs are needed now more than ever as the deterioration of infrastructure within the parks may only worsen.