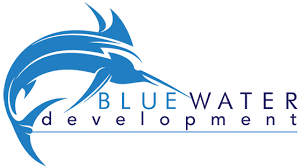 About 50 residents heard a presentation Wednesday (June 23) from the developers of a proposed RV park on the former Dawley Farm in Preston, Conn., and then peppered project officials with questions and concerns about potential noise, traffic, water quality and neighborhood disruptions, accordign to The Day.

Blue Water Development, based in Maryland, is proposing a 300-site RV campground on the approximately 63-acre property near the intersection of Routes 2 and 164, just north of the casino. The company lists the project on its website as an upcoming attraction called Foxwoods RV Park.

Blue Water CEO Todd Burbage and project engineer Will Walter told residents the plans call for a main entrance at an existing entrance where crumbled asphalt is seen now. A reception area and recreation area would be near the entrance, with amenities such as a splash pad and bocce courts. A road network would lead guests to three different types of campsites: one where vehicles pull through the site, another where vehicles back in and a third type with tents for so-called glamping, or luxury camping.

The season would run from April to October, project attorney Harry Heller said.

A floating dock is planned on Avery Pond to allow for kayaking and canoeing. Burbage said while many of Blue Water campsites along the Eastern Seaboard from Maine to Florida have entertainment venues and attractions, the Preston site would be geared for Foxwoods Resort Casino patrons.

“There’s no way I can compete with that,” Burbage said. “Who will come here are Foxwoods people. They are already here.”

Burbage said the company was drawn to Preston after Foxwoods was looking for a way to remove RV patrons from parking in the casino parking lot. The national firm Kampgrounds of America Inc. (KOA) recommended Blue Water to Foxwoods.