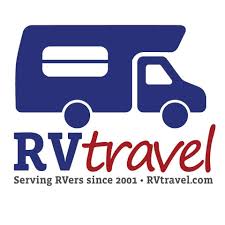 RVs are selling in near-record numbers as Americans seek a safe way to travel during the COVID-19 pandemic, according to a press release from RVtravel.com. While cruise ships sit in port, airliners stay grounded and tours to foreign destinations are postponed, RVs are selling so fast that many dealer’s sales lots are nearly empty.

“People have figured out that traveling with an RV is the ultimate way to self-isolate and satisfy their wanderlust at the same time,” said RVtravel.com Editor Chuck Woodbury.

Woodbury has recently published the third edition of his book “The ABCs of RVing,” a well-timed guide for RVers just getting started. Written in an engaging, easy-to-read Q&A style, The ABCs of RVing addresses the most common questions about RVing, according to the release. It covers a wide range of topics, such as what kind of RV to buy, financing and insuring it, where to camp, and how to use all the systems.

“With an RV you can sleep in your own bed, cook your own meals, and pick and chose from outdoor activities pretty much wherever you go,” explained Woodbury. “The idea of sleeping in your own bed rather than one in a hotel where a stranger slept the night before is incredibly appealing.”

According to the RV Industry Association, RV shipments are expected to surpass 400,000 wholesale units by the end of 2020 and experience significant growth again in 2021. The 507,200 units projected for 2021 would represent the best annual total on record for the RV industry, eclipsing the 504,600 units shipped in 2017.

The purpose of his book, explained Woodbury, is to address essential information that prospective RVers don’t even know to ask about. “We coach them on how much they can negotiate off an RV’s sales price and the right and wrong ways to finance it. One of the first decisions a new RVer must make is to determine what type of RV to buy, a towable or motorized unit. Even when they finally decide on a specific RV they often can’t understand why other, similar one can vary so much in price. It’s all about the quality, which is only apparent if you know where to look.”

Many first time buyers, he said, have no idea how much it costs to stay at an RV park, or even the difference between an RV park and a campground. They don’t know about the many places where they can stay for free including on millions of acres of government lands and in the parking lots of Walmarts, casinos and other big box stores, noted the release.

Many RV novices, he noted, worry that dumping a sewer holding tank is disgusting. “It’s not, at least if you do it properly,” he said.

The book warns readers of dangers like RV hot skin conditions which can seriously shock an RVer under certain circumstances. It provides driving and towing tips, and tax advice. “Most buyers don’t even know that the interest on an RV loan can commonly be deducted from their income tax the same as a home mortgage.”

Besides editing RVtravel.com, Woodbury is the host of the Better Business Bureau DVD “Buying a Recreational Vehicle,” and has been honored as the Distinguished Journalist of the Year by the RV Industry Association. An avid RVer, he has been profiled on all major TV networks and in hundreds of major newspapers and magazines.

The book is available at Amazon.com in both printed and Kindle editions.