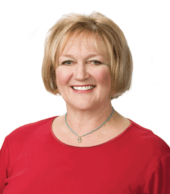 The following column was authored by Sue Bray, a well known figure in the RV community, primarily due to her work as executive director of the Good Sam Club. In 2009, she was inducted into the RV/MH Hall of Fame. When she retired in 2012, she started her own consulting business; visit www.suebray.com.

For the past few years, we’ve taken some long and amazing summer trips in our fifth-wheel. From Washington to Maine to Florida, we’ve seen and experienced the many varied features of our country — some 30,000 miles of it — and enjoyed every minute. This summer, we decided to try something different. Not wanting to be gone so far from home and for so long, we rented a campsite in Show Low, Ariz., for a month, about a three-hour drive from our home.

Show Low is a small town in eastern Arizona, close to the New Mexico border. Its rather unusual name is the result of a poker game between two men who were partners in a large ranch but who had decided that there was not enough room for both of them. They agreed to settle the issue over a card game of “Seven Up” – the winner would keep the ranch and the loser would move. After a long game with neither of them winning, one of them decided that the person who could show the lowest card would win. One player turned up the deuce of clubs and replied “Show low it is.” Today, one of the main streets in town is aptly named “Deuce of Clubs.”

The town is situated on Arizona’s Mogollian Rim in the White Mountains and is at more than 6,000 feet elevation, resulting in cold winters but cool summers. During summer, the usual 11,000 population swells as many people from southern Arizona come for extended stays to escape the brutal summer heat down below. The surrounding topography is somewhat similar to Montana, with high mountains, massive plains, lots of lakes and fabulous recreational opportunities, such as hiking, fishing, boating and more. The entire area is dotted with cabins and second homes of people from desert areas.

We were definitely excited about testing this different aspect of the RV lifestyle this summer.

“It will be just like having our own cabin,” we said. “We can come and go, back and forth to home as often as we want,” we said.  “We won’t be having those long driving days, just relaxing. Maybe this will be our RVing future.”

We checked into Show Low’s newest RV resort, Woodfield RV Park, located in a delightful and peaceful setting surrounded by tall pine trees. The park first opened in the summer of 2017, and 75 sites of the eventual 174 are now operational with utilities. About 20 of those sites have already been leased out and are occupied by park models. Woodfield requires that park model customers purchase their homes from them directly and owners are granted a 5-year lease for the property. Prices for the smallest cabins start at just under $70,000 and larger models and various upgrades are available.

Woodfield also offers a “Try Before You Buy” program, where potential customers can rent a fully furnished home with a three-night minimum stay. The park restricts owners and renters to be 55-plus years of age.

In order to preserve the atmosphere and consistency he has created at the park, Chris Hudson, owner of Woodfield RV Park, has established community guidelines regarding the exteriors of the park model homes, including landscaping and outdoor lighting. Sites are relatively far apart, creating an ambiance with the surrounding tall pines and Hudson is vigilant about maintaining that forest environment. Underground utilities and paved roads make the park an easy way for both RVers and homeowners to enjoy the forest setting to the utmost.

Hudson hopes and believes there will always be RV sites at his park.

“The RV folks bring a real immediate sense of community to the park,” he noted. “It’s an unbelievable lifestyle, with happy hour every night, community get-togethers during the day, which all seem to come about from the RV owners.”

He also understands that his RV guests are some of the best prospective customers to buy the resort’s park models.

“They understand the lifestyle and sense of community,” explained Hudson. “Switching to a park model is a progression. They’re basically saying, we’ve seen the world, we’re ready to lay down some roots, but we still want to enjoy the lifestyle.”

Hudson intends to keep Woodfield going for the “long haul”. His family, including his 10-year-old and 13-year-old children, all work at the park. He admits he has no exit strategy, nor does he have immediate plans to develop one.

“It’s a lot of fun,” says the former heavy construction equipment rental manager. “It’s interesting how much I’m enjoying selling the park models, but most of all meeting so many incredible people. I never got to meet people like these in my prior business.”

During our stay at the park, Woodfield experienced its first resale of one of the first park model homes. And the sellers gained equity after only a year of ownership resulting in a profitable sale.  “It’s a good investment,” said Hudson.

And how did we fare at Woodfield RV Resort? We enjoyed ourselves – took lots of hikes, played some golf, explored the area – and learned something. Despite our nice neighbors, the tall pines and the Woodfield amenities, staying in one place in the RV is just not our thing. We like to move on, see different sights and have new adventures and journeys in a variety of locations. Long-term RV living in one campground works for many RVers, just not us. And that’s the beauty of owning an RV — whether you are full timing, staying in one spot for an extended period of time, boondocking in the desert, attending sporting events or hitting the open road, it doesn’t matter. Your home on wheels provides the means for doing what you love best.

Next summer, we’re heading to Alaska.