Business Is Returning to Normal at Carolina Parks

Business is returning to normal at many campgrounds and RV parks in North Carolina and South Carolina, particularly as road conditions improve in the wake of Hurricane Florence, according to officials at the Carolinas Association of RV Parks and Campgrounds (CARVC).

“Business is picking up again,” said Barb Krumm, director of marketing and public relations for Ocean Lakes Family Campground in Myrtle Beach, S.C., which has 859 campsites and 300 beach house rentals.

While Ocean Lakes’ occupancy declined in September as a result of Hurricane Florence and flooded roadways near the South Carolina coast, much of the floodwater has receded to the point where roads are reopening and allowing travelers to reach the park again.

“September was rough for the Carolinas, especially along the coast and the flooding has really impacted many local families and businesses – for many, life has a new normal – we all want to keep them in mind,” Krumm noted.

Ocean Lakes had previously scheduled three “Halloweekends” this month, with holiday themed contests for pumpkin carving, site decorating and costumes (including pets), a family festival, a Monster Mash Ball, and trick o’treating, but has added a mini-Halloween weekend Oct. 5-6 to boost business and morale, Krumm said.

Other parks near the coast are also seeing a gradual return to normalcy. 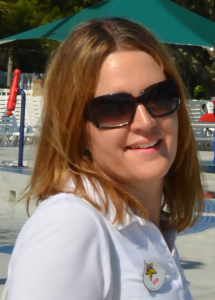 “Things are starting to improve for sure. We’re looking forward to having a great October,” said Vickie Fuller, administrative manager for Pirateland Camping Resort in Myrtle Beach, which has 1,480 sites, including 650 annual sites.

Fuller said Pirateland has many activities planned in October, including two Halloween-themed weekends with a magic pumpkin patch, “trunk or treating,” Halloween crafts and a haunted house.

Pine Ridge Campground in Roebuck, S.C. is “pretty full” and has a waiting list for its Halloween-themed weekends, according to park operators Brad, Cecilia and Evan McGalliard, who also said they have snowbirds both staying at the park and passing through.

Many campgrounds not only weathered Hurricane Florence but have provided campsites and rental cabins for evacuees, particularly in the inland and mountain areas of the Carolinas.

“We were able to provide safe harbor for many evacuees in the days leading up to and during the storm,” said Michael Way of the Greensboro Kampgrounds of America (KOA) Journey in Greensboro, N.C. “We are continuing to operate as normal, providing a safe place to stay for those passing through, as well as many insurance adjusters making their way into the Carolinas to assist in our recovery.”

The Boone KOA in Boone, N.C., also took in evacuees, according to park managers, who added that all park activities are on schedule.

Mike Gast, vice president of communications for Billings, Mont.-based Kampground of America Inc. (KOA), said all KOA campgrounds in the Carolinas are open and operating normally, with the exception of the New Bern KOA Holiday in New Bern, N.C., which sustained flood damage to its cabins and other structures, but the campground’s RV sites are full.

Several campground operators noted that most of the floodwaters associated with Hurricane Florence were near the coast.

“Everybody went into panic (before the storm), but there was no flooding in our area. We were unscathed,” said Jane Emirbayer, co-owner of the 16-site Yogi Bear’s Jellystone Park Camp-Resort in Asheboro, N.C., which is in the process of expanding to 41 campsites.

“The flooding was in the lowlands, not the mountains,” she said.

Emirbayer said the North Carolina Zoo is a popular attraction that brings lots of people to Asheboro in the fall. Many also come to enjoy the Halloween-themed weekend activities at Jellystone Park, which include campsite decorating and costume contests. 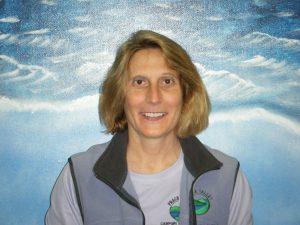 “We’re sold out for our three Halloween-themed weekends in October,” Emirbayer said, adding that she plans to add eight new rental cabins to her park in November.

Further to the West, the 51-site Valley River RV Resort in Marble, N.C., is also ready for business.

“We had no damage during the storm. Just a lot of rain,” said Jean-Marie Harrison, of Valley River RV Resort, adding, “Our roads are clear.”

The park features RV sites with concrete slabs, 30- and 50-amp electrical service, as well as a bathhouse and laundry and pet wash station. The park accommodates nightly and weekly, as well as monthly guests.

“While some of our member parks did sustain flood damage during and after Hurricane Florence, most of our affiliated campgrounds and RV parks got through the storm OK and are trying to get their businesses back to normal as quickly as possible,” said Dee Witting, executive director of the Carolinas Association of RV Parks and Campgrounds (CARVC).

Here’s a sampling of reports the association has received from other campgrounds across the Carolinas: