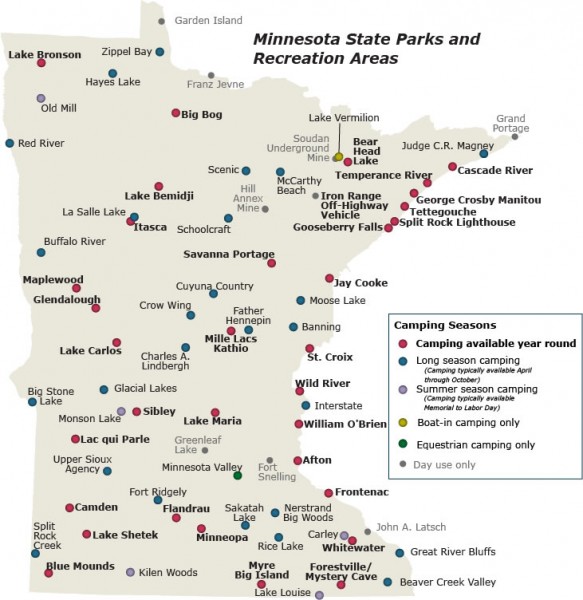 Over the past few years, Minnesota State Parks and Trails has been adding cabins to state parks as a way to lure people during the warm season who, for whatever reason, aren’t up for pitching a tent, the Pioneer Press, St. Paul, reported.

As an added benefit, the heated cabins provide a base for people to explore the parks in winter. Ten years ago, there were 23 cabins scattered around the state’s parks. Today there are 83, including 67 with electric heat or wood stoves, and the state plans to build its inventory to several hundred.

The cabins have turned out to be popular, with many booked solid during the summer and on most weekends in winter. Not surprisingly, parks near the Twin Cities — including Afton State Park with four cabins, William O’Brien with four and Wild River with six — are among the most frequently reserved. The most popular winter destination is Lake Maria, between the Twin Cities and St. Cloud, which has three cabins heated with wood stoves.