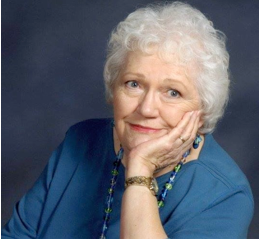 Claire Hodgin, 81, died July 17. Her husband, Dave Hodgin was the California Association of RV Parks and Campgrounds’s (CalARVC, then CTPA) first president serving from 1974-1975.  He and wife, Claire, owned Holiday Inn Trav-L-Park in Scotts Valley, Calif.  They went on to own two additional parks, one of which was torn down to become the current parking structure at Disneyland.

Dave continues to own Pathfinder Consulting, a long-time supplier member of CalARVC.  Dave currently holds a seat on the Central Coast Water Quality Control Board.

Claire Hodgin was a fixture at CalARVC conventions for many years.  Her joyous nature was contagious and generated much fun for many attendees. Claire was famous for her creation of the “Whatever Award.” She would pick several women to join her on the judging panel. Each year, a different part of the male anatomy was chosen to be judged. The women would spend the duration eyeing different men. When asked what they were looking at, the answer was always, “whatever.” It wasn’t until the end of the conference, the specific object was announced with the winner of said object.  Those objects would sometimes be a smile, a beard, a bum, or “whatever,” according to CalARVC.

A celebration-of-life servicer will be held Saturday (Aug. 30) at 1 p.m. at the Church of Jesus Christ of Latter Day Saints in Santa Cruz, Calif., according to her obituary, provided by CalARVC.  That day would have been her 82nd birthday.