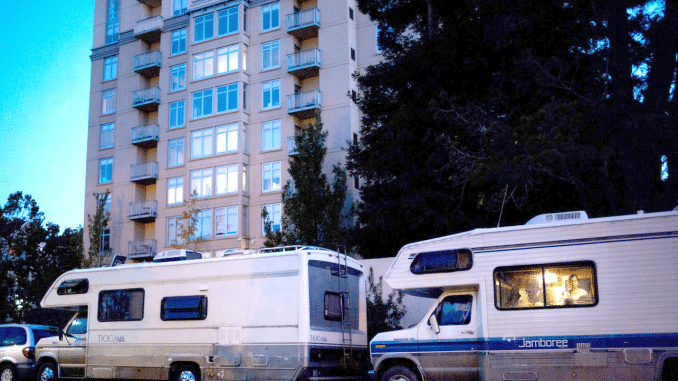 A couple of RVs on a Mountain View street.
Mountain View, Calif., city leaders voted Tuesday (June 11) night to move ahead on a plan to open two parking lots to a total of 60 RVs, allowing their owners to park their vehicles overnight and sleep in them, according to The Daily Post.

The “safe parking program” would open up to 20 RVs at Shoreline Amphitheatre on a temporary basis, and to 40 RVs in a lot at East Evelyn Avenue and Pioneer Way owned by VTA.

The program follows the opening of one in East Palo Alto. Palo Alto City Council indicated interest in starting a similar program on Monday night.