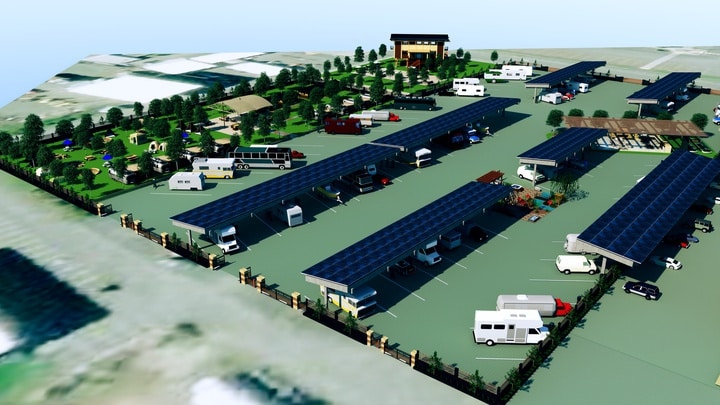 Renewable Energy Capital CEO Alex Lemus says he’ll make his first lease payment to the Crescent City Harbor District next week as he works to open a new RV park at the port.

Developer Alex Lemus says he’ll make his first lease payment early next week as an act of good faith to the Crescent City (Calif.) Harbor District on the “overflow lot” he plans to turn into South Beach RV Park, according to Wild Rivers Outpost.

Lemus and staff at Renewable Energy Capital also continue to meet with residents at the two other RV parks he’s entered into potential lease agreements with the Harbor District over.

He said his staff is focusing on finding alternative housing for those residents on a long-term basis so he can move forward with a project to redevelop the parks as well as meet California Coastal Commission and zoning requirements.

“We’re comfortable with about 85% to 90% of the people (there) and the other 10% to 15% we’ll work through,” Lemus told Harbor District commissioners on Tuesday (Sept. 20) “We have a good sense of what we’re going to have to do to work with people that are still there and the assistance we’ll need to find alternate housing on a long-term basis.”

Lemus entered into lease agreements with the Crescent City Harbor District for the overflow lot in September 2021, and then into agreements for Redwood Harbor and Bayside RV parks in April 2022. Though the agreements were executed, the leases won’t take effect until Lemus completed a “due diligence process.”

Lemus said he hopes to finalize REC’s takeover of Bayside and Redwood Harbor RV parks at the beginning of 2023. He has promised not to evict or raise rents on the tenants who are in good standing for 12 months once the lease takes effect.

“I’m really thinking by then we’ll know what is involved and we can start doing some of the work and go full guns by the spring of next year,” he said.