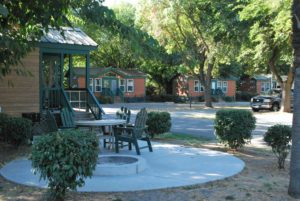 The Jellystone Park in Lodi, Calif., offers a variety of accommodations..

Advance reservations are up 183% at the Jellystone Park at Tower Park in Lodi, Calif., compared to last year’s figures, an increase park officials attribute to their investments in new amenities, as well as new “Red Carpet” RV sites and rental cabins, according to a press release.

“We’re investing millions of dollars in improvements and new amenities and people like what we’re doing,” said Zachary Bossenbroek, CEO of Grand Rapids, Mich.-based Northgate Resorts, which purchased the former Tower Park Campground in July of 2016 and converted it into the only Yogi Bear’s Jellystone Park Camp-Resort on the West Coast.

Improvements and new amenities are coming to the Jellystone Park this spring and summer, including a miniature golf course, which opens in early April, followed by a new fishing pier, beach and “bark park” later that month, according to the release.

The park’s onsite restaurant will also reopen under new management and with a new menu in late April or early May, followed by a new park pavilion later this spring.

By July Fourth weekend, Jellystone Park will open a 40,000 square-foot water play park. The new water play park will include two 165-foot long water slides, two kiddie water slides, 13 water blasters, two water cannons, a 750-gallon hydro storm bucket that periodically dumps 750 gallons of water on anyone standing beneath it, and a 127,000 gallon lazy river, according to the release.

Other recently completed improvements include a dozen “Red Carpet” pull-through RV sites and 18 new rental cabins. The park’s bathhouse has also been remodeled.

Northgate recently received the Multi-Unit Park Entrepreneur of the Year Award from Leisure Systems Inc., the Milford, Ohio-based company that franchises 85 Jellystone Parks across the U.S. and Canada. Northgate won the award for having achieved the strongest year-over-year growth in business of any operator that owns multiple Jellystone Parks, according to the release. 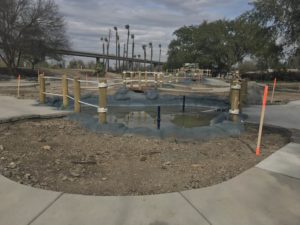 The Jellystone Park is set to open a new miniature golf course this April.

“We continue to see double digit growth across our whole portfolio,” Bossenbroek said. “This year, our average revenue increase per park was 26%.”

Bossenbroek said the Jellystone Park brand has a powerful connection with families who enjoy camping in resorts that offer wholesome activities and top notch recreational amenities.

“The Yogi brand is working for us,” he said, adding, “The fastest growing camping demographic is the family demographic, and the Yogi brand certainly appeals to that group. We believe our activities and themed weekends combined with the new amenities will attract families from throughout the greater San Francisco Bay area and the San Joaquin Valley.”

For more information about the Jellystone Park at Tower Park visit towerparkresort.com.