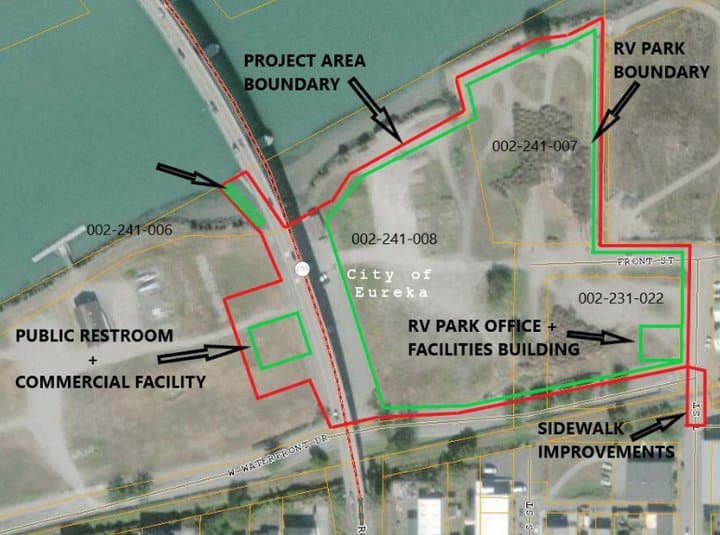 RV_Park_1.jpg
The city of Eureka, Calif., is getting closer to selling the long-vacant land on Waterfront Drive near Halvorsen Park to be developed into an RV park, according to the Lost Coast Outpost.

The planning commission will be reviewing the project at a meeting on Monday (Sept. 2).

Eureka has been looking to sell the property for years, and after sending out a request for proposals in 2017, entered into an exclusive agreement for the property with Travis Schneider and Stephanie Bode, of Schneider Enterprises.

The most recent version of the project includes the construction of a 40-site RV park, which Eureka Community Services Director Miles Slattery told the Outpost will be meant for short-term stays, primarily for people from outside of the area.

Because of the property’s access to Humboldt Bay and the Waterfront Trail, Slattery expects the park to be popular with tourists.

“This will be one for the most desirable RV parks on the north coast,” Slattery told the Outpost. “I can guarantee that.”