Anybody who says Sunbelt RV parks and resorts are the exclusive domain of snowbirds hasn’t been to Shadow Hills RV Resort in Indio, Calif.

True, from November through March, the park is filled with snowbirds.

But during the second two weeks of April, the resort is filled with teenagers, 20-somethings and young-at-heart travelers from around the world who come to Indio to attend the Coachella Valley Music and Arts Festival at the Empire Polo Club in Indio, according to a news release.

And now that Coachella 2012 is spread over two weekends, the resort is sold out both weekends.

“Last weekend, rapper Kendrick Lamar came in with his entourage for an interview and photo shoot with Complex Magazine. Every inch of our place was filled with RVs and tents, and lots of happy people,” said Paula Turner, owner of Shadow Hills RV Resort, the only RV resort along the shuttle route to the festival.

And it gets even more exciting this weekend.

Complex Magazineand its sponsor, Dr. Pepper, plan to use Shadow Hills RV Resort as their base camp this weekend while they co-host two special outdoor music events Friday and Saturday, during which time they will raffle free Coachella tickets with the help of popular Los Angeles DJ “Them Jeans.” 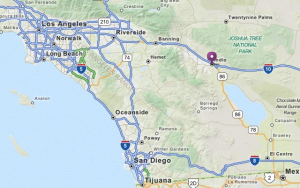 Turner concedes that some of her colleagues in the RV park and resort business thought she was crazy for opening her park to Coachella Music & Arts Festival attendees. But she said she hadn’t had any problems, and that the festival attendees have dramatically increased her shoulder season business as the snowbirds have left town.

“Everyone has been well behaved,” she said.

Turner added that music festivals could be a potentially lucrative business opportunity for campgrounds, RV parks and resorts across the country.

Complex Magazine and Dr. Pepper, for example, are involved in a three-month, 23-city tour of music festivals across the country, the Pitchfork Music Festival in Chicago being the final stop.

“Our industry should contact each music festival and get them to also provide a link of all the campsites nearby,” Turner said, adding, “Shadow Hills RV Resort is an example of how we have gone after the festival attendees to come stay at our park. You can stay at any park but guests are looking for an experience and they are willing to pay more for that experience. I think we are the only campground in our area that has special event weekend rates.”

Turner has had visitors from all over the world who have traveled to Indio to see Coachella 2012. “I would say 40 percent of our guests are from outside the United States,” she said. “We have people from Australia, New Zealand, Japan, Canada, Ireland, England, as well as much of the rest of Europe and South America. It’s truly amazing.”

Turner said she expects to be filled to capacity once again this weekend.

“We’re completely sold out,” Turner said, “But we’re still taking reservations for a few tenters who plan to come for Stagecoach.”

Stagecoach is one of the largest country music festivals in the country. It will take place April 27 to 29 at the Empire Polo Club in Indio – the same venue as the Coachella Valley Music and Arts Festival. 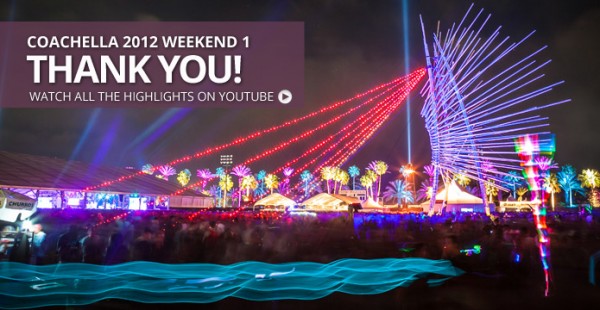