By: Woodall's Campground Management|Published on: May 18, 2012|Categories: Industry News| 0 comments 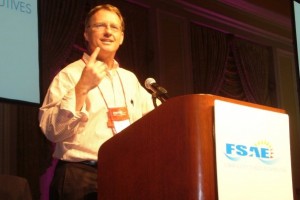 Association management consultant Tom Morrison was the featured speaker at the CAMP meeting May 7-8 in Cherry Hill Park in College Park, Md.

Click here to watch a video, courtesy of Tom Morrison & Associates,  that features excerpts from the recent CAMP meeting in Maryland.

Running a state association that represents RV parks and campgrounds can be a daunting experience.

Just ask the 30 members of the Campground Association Management Professionals (CAMP), who gathered May 7-8 at Cherry Hill Park in College Park, Md., for their semi-annual CAMP meeting.

They spent two days discussing key issues in their management businesses, what works, what doesn’t and garnered tips on how to be more effective at their jobs.

Tom Morrison, an association management consultant from Jacksonville, Fla., was the featured outside speaker and presented a three-hour workshop. He was sponsored by Evergreen Insurance.

Morrison, CEO of Tom Morrison & Associates, shared the following over the first 90 minutes: 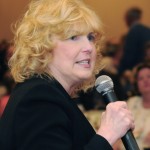 Here are some of the key takeaways CAMP members shared with Woodall’s Campground Management:

“This year’s CAMP meeting was an exceptional experience in like-minded people openly sharing with each other in order to benefit the entire industry. Just as the rising tide lifts all ships, each CAMP meeting gives back to the industry a better blueprint for moving forward.

“We started with Skills and Talents. As we went around the room, each person told of their particular talent that would be available to the group. The body of knowledge in the room included ad specialty, fairs and amusements, 40 years in construction, coaching, assessing people’s strengths, writing manuals and knowing how to turn a double play (baseball).

“We moved on with each sharing tips from their most successful distribution campaign. Contact names, software and pricing were shared in all areas that the CAMP members had tried and found success with. We covered digital magazines, postcard mailings, states sharing printing runs, USPS lowest mailing rate options, face-to-face visits at the Visitor’s Bureaus (some of our boxes are too heavy for staff to lift), national magazine advertising and member coop mailings.

“We then shared our most successful promotions, and the answers gave us all plenty of ideas to try. There was the ARVC Conference Battle for Savannah, a two-day conference on bed bugs, working with Great Escapes, Zone Meetings, along with tips and timing for getting sponsorship.”

Donald G. Bennett Jr., a CAMP member and president of Campground Owners of New York (CONY), led a discussion on surveys and developed a sample a survey, using Survey Monkey, from scratch for the CAMP members.

Fisher explained, “We spent a good amount of time on surveys. We all are continuously asking ourselves what people want and how we might find that out. We also wonder how much is too much, what is the optimum number of questions to ask, etc. We went away with having actually seen the survey process and plenty of resources to begin developing our own.

“Then we went on to share our flops. We laughed and sympathized with each other as we could each see ourselves in the others’ tried-so-hard-but-it-flopped scenarios.

“There were so many great things to report from each member. Many of these things required “thinking outside the tent” and the whole group benefited with ideas to try. Members cited programs seeking diverse groups for membership, academy awards banquet, disaster relief fundraiser, affecting legislation, strategic planning, charitable camping and roasting the executive director.” 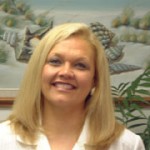 “When I go to a facility like Cherry Hill, it renews my belief in what we’re doing. You create a common bond between everyone. Because we are learning together it crates a synergistic feeling. For me it’s that sense of looking from a different perspective such as on social media, things that are new to me. I didn’t grow up with that.”

She also welcomed the inputs from Paul Bambei, president and CEO of the National Association of RV Parks and Campgrounds (ARVC), and Jeff Sims, director of state relations and program advocacy, who attended.

“Even though I’m on the ARVC board, I learned more about some programs through Paul and Jeff,” she added.

Carter noted that because of scheduling conflicts, Brian Schaeffer from the Texas Association of Campground Owners (TACO), and Bobby Cornwell from the Florida Association of RV Parks and Campgrounds (Florida ARVC) were unable to attend.

“We need to pay better attention to everyone’s calendar. When a Brian Schaeffer or a Bobby Cornwell are not in the room, we miss them.” 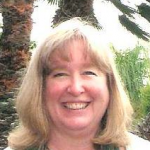 One of the big takeaways for Sipe was understanding that the content of e-newsletters and printed publications should be consistent. “The speaker (Morrison) said we should be able to wrap up everything from our weekly e-newsletters and put it all in the printed publication at the end of the month,” she said. “You should not penalize your members for choosing print over electronic.“

Exceptions, she noted, would be timely events or announcements, such as availability for Memorial Day camping, which would be out of date by the time the printed publication is assembled at the end of the month.

“The other thing I learned is we got to start doing video,” Sipe said. It doesn’t have to be professional but it should be personal.

She’s thinking of utilizing the service of animato.com and combining still photography with music to produce 30-second videos on various subjects. She’ll start by promoting next year’s CalARVC convention. 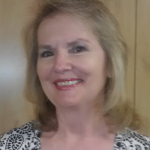 “It was a good meeting because we stayed on point what is important to the campground managers. We shared ideas on membership and retention of members. I’m looking at doing more regional meetings, like a one-day educational region meeting. It won’t be a full day, but maybe a two- to four-hour seminar, on something that is important to parks, such as electrical upgrades or the ADA deal. That’s a big deal right now. Some owners ignore it and say it won’t happen. It WILL happen.”

“I think communication is another main thing I got from it, to stay in better touch with everybody. I think through our e-newsletter, which we just begin, we are doing better. Now we have to educate the campground owners to open it and take a look at it. Debbie Sipe (from CalARVC) said it should be ‘short but sweet, something that can be read over a cup of coffee.’” 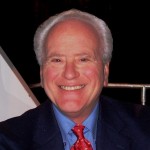 “CAMP meeting was one of the best I’ve attended. President Lori Severson came up with several exercises that forced those attending to focus on key important areas of association management. Also the speaker was outstanding, again stressing the importance of associations focusing on answering the question “what problems/concerns/needs do our members have and how can we help them address those problems/concerns/needs? Association activities that do not help respond to this question are of lower or no priority – especially in small associations with limited resources.”

Rick Abare, executive director of the Maine Campground Owners Association (MECOA), past CAMP president and a CAMP member since 2004: 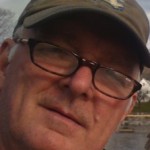 “Sponsorships are extremely important to our associations. Without those sponsorships, it is difficult to accomplish all we can. One discussion was around how do we make sure we provide those sponsors the kind of marketing they deserve for their support. It is important to us as a group that we do that and that we marry an event to a sponsor that has logic to it.” 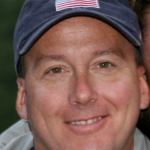 Abare introduced a guest speaker, Joe Tice from Anderson’s Brochure Distribution Service. Citing Tice’s presentation, Abare related that it is important “ that the association executive or whoever is asking for the sponsorship stay in touch throughout the year and offer their name up to the membership for other things. It’s a nice way to be sure you’re not just calling someone once a year and asking for money. We are conscious of that.”

“We all know it’s difficult to get our entire membership to open an e-mail and read our newsletters that contain important information we need to get to them … One of the most important concepts I’ve taken away is that a lot of us need to go more to print. We’re doing good if 40 percent (of our members) open an e-mail. In Maine, the average number of campsites at our member parks is 85. The folks who operate these campgrounds are busy and some don’t want to deal with e-mails and modern technology. So, their solution is someone working in their office is getting the e-mails and deciding which ones get through to the owner. In many cases, your association may not be one that someone working in the office sees as critically important. Because there is so much communication out there, it’s very possible they miss ours. I’m going to see if my board will let me move on some occasions back to print communications simply to be sure.”

Members also attended a “Whine Barrel” one evening where they aired programs in their state that didn’t work. CAMP members also previewed several training videos that could be used to help train campground staff.

CAMP’s next meeting will be during the annual conference of the National Association of RV Parks and Campgrounds (ARVC) in Las Vegas Nov. 28 to Dec. 1.

CAMP was formed in 1991 when several state campground and RV park association executives got together and formalized their meetings held in conjunction with the annual ARVC convention. They learned that sharing information about issues within their state, and programs offered within other states, helped each of them run a better association for their RV park and campground members. CAMP now meets twice a year during ARVC’s annual fall convention and in also the spring near Washington, D.C., during ARVC’s National Issues Conference.