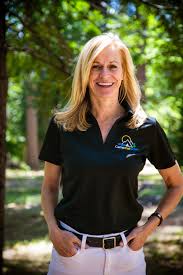 Kelley’s report, the first of several fall camping segments to be aired in the coming weeks, highlighted several national parks, including:

Fox 42 noted that California is home to nine national parks, more than any other state.

Kelley also referenced several campgrounds that can be used as base camps for visiting national parks, including Village Camper Inn in Crescent City, which is just outside Redwood National Park; Olema Campground in Olema, which is close to Point Reyes National Seashore; and San Benito RV and Camping Resort, which is near Pinnacles National Park.

Kelley’s full Fox News report on fall camping trips to the national parks can be seen with this link: https://www.youtube.com/watch?v=2yTuDJDQ2r4&feature=youtu.be.

CampCalNow’s media outreach efforts include regular outreach to television and radio stations, as well as newspapers and magazines and engagement with bloggers and social media influencers.

“We’re doing everything we can to raise awareness of Camp-California.com and the outdoor hospitality industry,” Kelley said, adding, “These television reports are raising awareness about the private campground industry in general.”