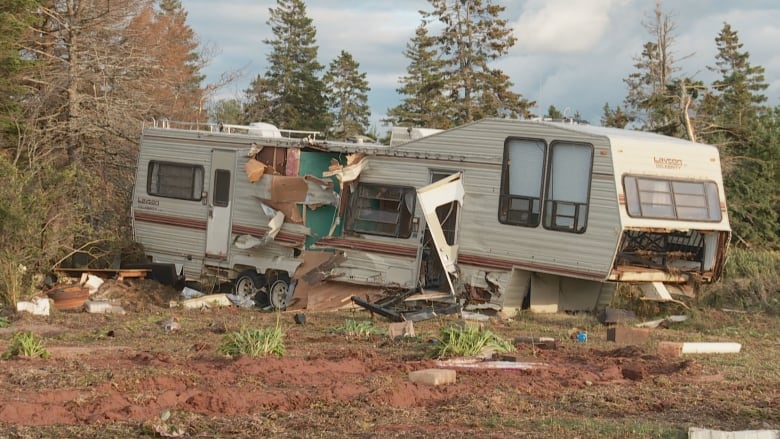 “We go to lots of calls, but I never, never, never anticipated anything like this,” said Alan MacLeod, deputy fire chief of the Kensington Fire Department.

More than a dozen firefighters, alongside two Royal Canadian Mounted Police (RCMP) officers, responded to the call at Crystal Beach Campground around 12:30 a.m.

One by one, first responders removed people who were trapped in their trailers, which were flooded with several feet of water as a result of Hurricane Dorian, a powerful storm that moved through the region on Sunday, downing power lines and trees, and causing widespread outages.

The campground’s owner, Matthew Wedge, said he doesn’t know where to start with clearing the wreckage caused by Dorian’s howling winds and heavy rains.

In 20 years of owning and running the grounds, Wedge said he’s never seen anything like it.

“I was getting a little scared, if it’s a sign of things to come it’s quite worrisome,” he said.