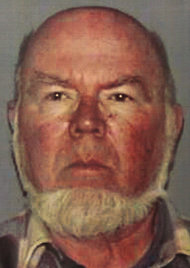 Eleven days ago, after the police say Eugene Palmer shot and killed his daughter-in-law, he apparently fled into the forested slopes of Harriman State Park, one of the largest state parks in New York, not far from his home in Haverstraw, N.Y., and about an hour north of New York City.

Searchers found his green pickup truck, and police dogs trailed his scent before losing it. The police also found vestiges of a campfire they suspect was his, the New York Times reported.

Harriman State Park’s dense woods, myriad lakes, caves and ridges are an ideal place to live off the land. Experts said that Eugene Palmer’s experience as an outdoorsman gave him an edge.

But how long could Palmer — a 73-year-old with diabetes, albeit a veteran outdoorsman — survive in the woods? As the autumn chill descends across the park’s 46,000 acres in Rockland and Orange counties, how would he stay warm? What would he eat? And how could he do it while avoiding detection?

Backcountry campers and survival experts said that Harriman, with its dense woods and myriad lakes, caves and ridges, was an ideal place in which to live off the land — and that Palmer’s background would give him an edge.

A former park ranger skilled in hunting and trapping, he would know, for example, how to make a simple snare for catching squirrels, rabbits and partridge. He might also know how to make a shelter called a debris hut, using branches and vegetation, which is relatively warm and waterproof even in the extreme cold.

“This is a great place to hide,” said Shane Hobel, the founder and head instructor of the Mountain Scout Survival School. “It’s a huge expanse. There are plenty of food and water resources there.”

Hobel, known as Whitefeather, added, “I could slip into that park and completely disappear. But it really depends on the skill level one has.”

Several law enforcement agencies initially flooded the park, which is less than 50 miles from mid-Manhattan, and the Department of Defense sent a helicopter equipped with infrared technology to aid the search.

While there is no evidence that Palmer left the park, he could have hitched a ride out of the area, or died in the woods. The manhunt in the park continues, although with fewer searchers. The popular Beaver Pond Campground remains closed, and the park’s web page has an advisory warning visitors to “refrain from hiking” in the backcountry because of the search.

Evading the authorities and their sophisticated tracking dogs would be Palmer’s greatest challenge, survival experts said. But as a trapper, Palmer would be adept at concealing his scent, by, for example, walking through streams or rubbing his clothes and skin with leaves or ashes.

Smoke and light from a campfire could also give him away. But a savvy outdoorsman can make a fire, which is essential for cooking game, boiling water and staying warm, that produces little or no smoke. One technique, known as a Dakota fire hole, involves digging a pit for a fire and then adding an angled tunnel from the surface that acts as a chimney. Such a fire needs far less wood than a surface campfire. It is also hidden.

“There’s a little bit of smoke at first, but the fire is buried,” said Robert J. Plude, a survival instructor based in Ticonderoga, N.Y. “He can put his shelter over the top of that” and the coals would radiate heat to keep him warm all night.

Food is plentiful this time of year. There are numerous edible plants, especially in and around swamps and ponds, which Plude called the “grocery store of the woods.” A forager would be sure to find Indian cucumbers, cattails, duck potatoes and white pine needles (the last being loaded with vitamin C). Although the police believe that Palmer is armed, he would probably avoid hunting with a gun since the blast could signal his location. In addition to a rudimentary snare, a survivalist can hunt successfully with only a knife.

“You can get up in a tree and observe the animal and watch where it goes,” said Edward Goodell, a backcountry camper and executive director of the New York-New Jersey Trail Conference, a federation of hiking clubs and environmental groups. “Then you drop down on it and cut its throat. Deer, for one, would last you a long time.”

But much depends on what Palmer managed to grab before fleeing. He reportedly told his sister that he needed an hour to escape. Temperatures have fallen only into the 40s at night, but the first frost is not far off.

“If you start to get some cold nights, hypothermia becomes an issue,” said Ryan Doyle, an outdoor educator and guide for the Adirondack Mountain Club, a nonprofit group. “If you’re wet and don’t have wool or synthetic clothing, you’re not going to be too comfortable.”

Then there is the possibility that Palmer headed north to the Adirondacks, where he has access to a cabin. “It would be a lot easier to go undetected for a while because we have such big tracts of untrammeled land,” Doyle said. “But I’ve never been on the run, and there are so many variables.”