Though attendance was down from previous years, the mood of campground owners and operators was upbeat, according to Dana Foran, CCLOA administrative assistant.

The convention began with a board meeting and POOT tour of four campgrounds in the Colorado Springs area on Feb. 2, the day concluding with a reception at the National Association of RV Parks and Campgrounds (ARVC) headquarters in nearby Larkspur.

During the business meeting, the association elected the following new officers: 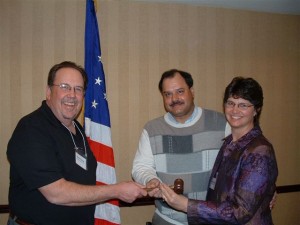