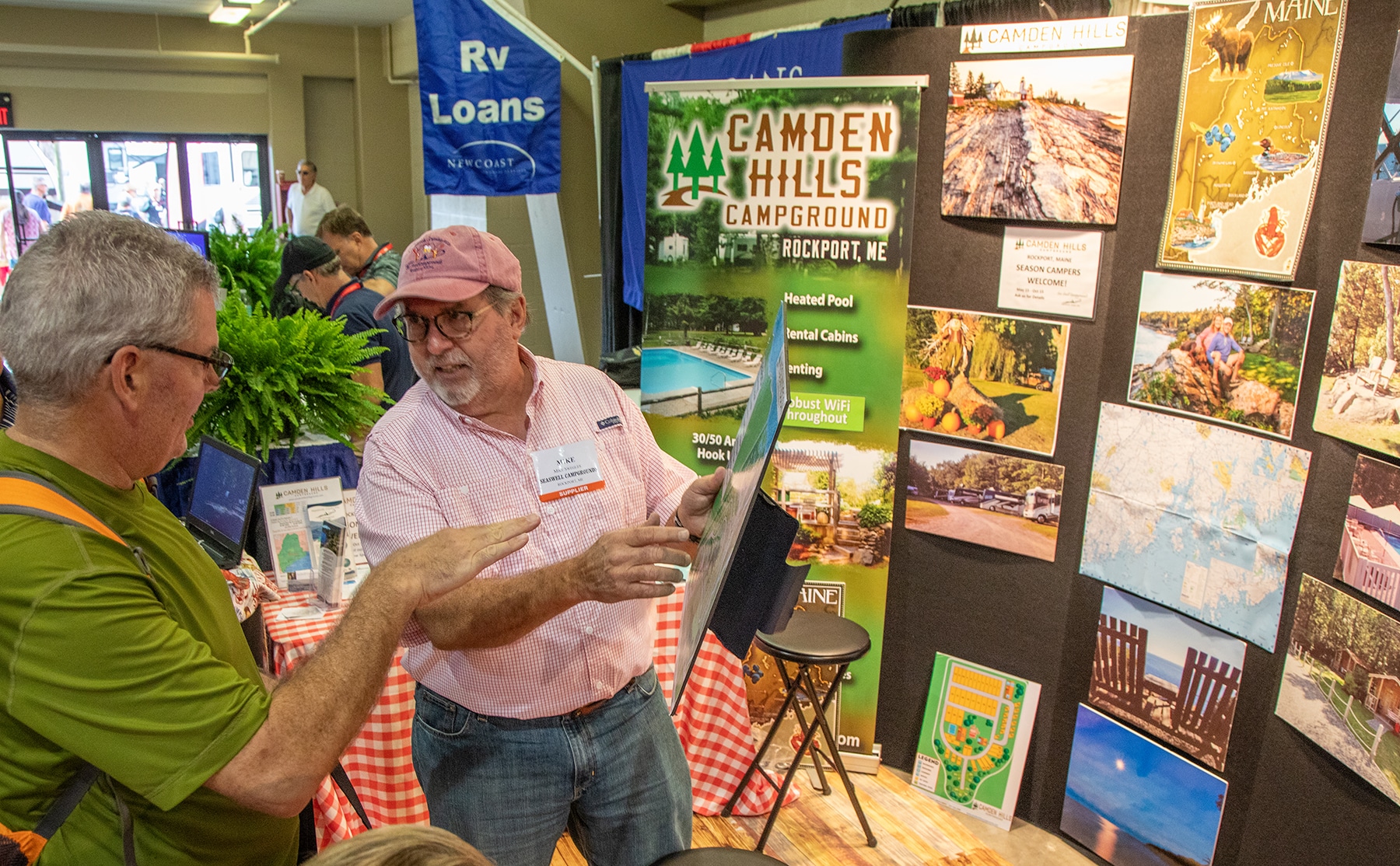 Booths with campgrounds from around the country have filled the Tamp Show expo hall.

Under mostly sunny skies and temperatures in the 80s, just under 19,500 people — around 400 over last year’s record — passed through the turnstiles Tuesday (Jan. 15) for the opening of the 35th Annual Florida RV SuperShow at the sprawling State Fairgrounds complex in Tampa, Fla.

Hosted by the Florida RV Trade Association (FRVTA), the “Tampa Show” runs through Sunday (Jan. 19) and features some 78 manufacturers displaying thousands of RV units along with more than 400 exhibitors, including supplier companies showcasing their aftermarket parts and accessories and campgrounds hoping to attract attendees to their respective RV parks.

This year’s initial consumer crowds sent an impressive initial signal regarding the potential strength of the 2020 RV park and campground season.

Often seen as harbinger for the year, show organizers are cautiously optimistic the gate attendance will take another run at last year’s record crowd of 74,286 people.

“”It was an absolutely perfect opening day,” reported FRVTA Executive Director Lance Wilson. “We couldn’t have asked for better weather — very temperate in the low 80s. The crowd was tremendous and it stayed steady throughout the day. I just talked to our manufacturers and dealers and they didn’t have a single negative comment.”

Indeed, the exhibitors RVBUSINESS.com, sister publication to WOODALLSCM.com, spoke with said the Tampa Show’s first day was one of the strongest on record.

“It was a very successful first day. Attendance has been really robust throughout the day. We’re at 4:10 and it’s probably the quietest it’s been all day. The day has gone by very quickly. We’ve got quite a number of sales in process or completed. And I would say we’re well ahead of where we were a year ago,” said John Sammut, vice president of sales and marketing for Newmar Corp., a Nappanee, Ind.-based motorhome manufacturer and subsidiary of Winnebago Industries.