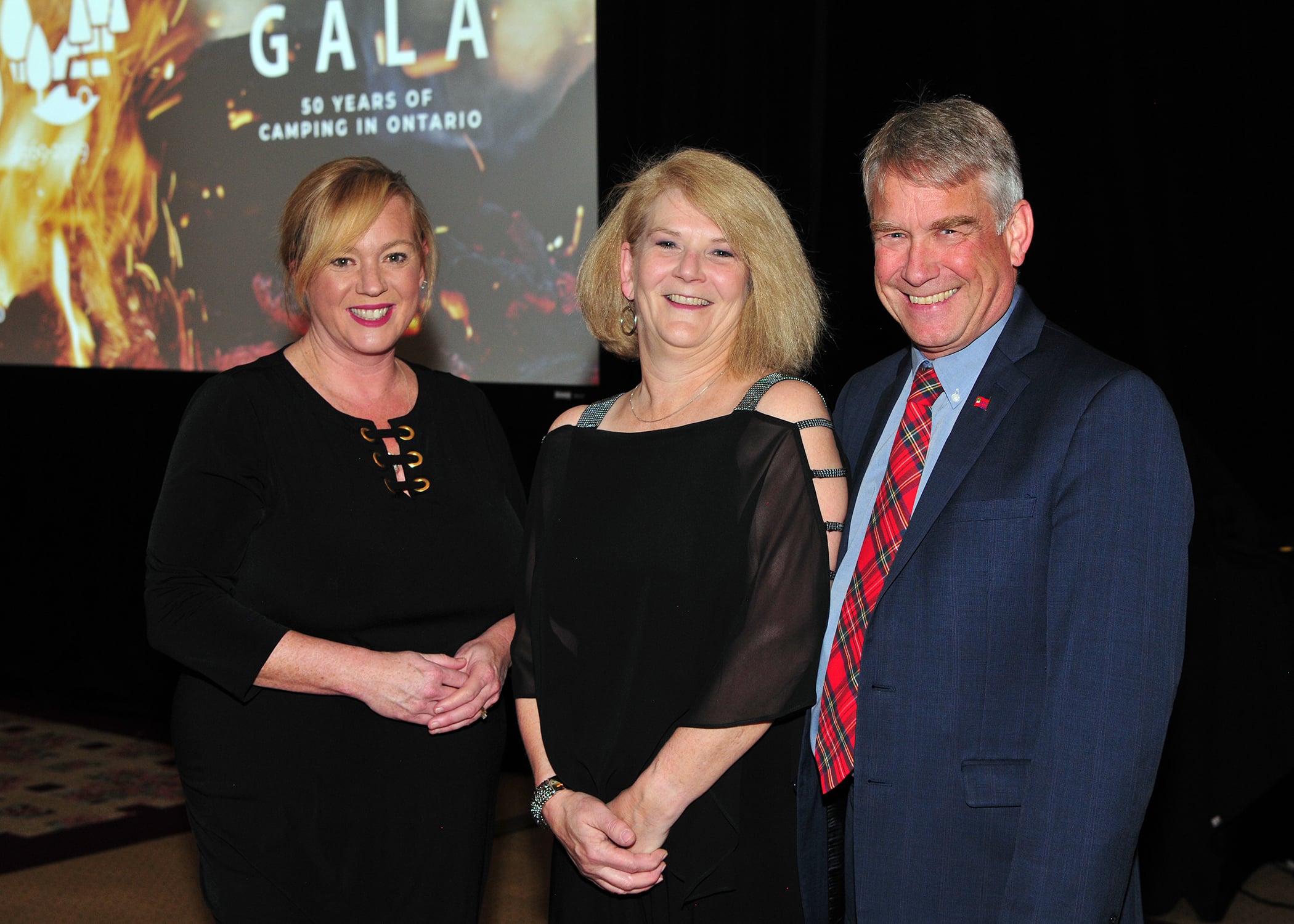 Camping In Ontario successfully threw its Annual Convention at the JW Marriott on Lake Rosseau in Ontario in mid-November, which celebrated the association’s 50th anniversary, according to association officials.

Lisa MacLeod and Norman Miller, both members of the Legislative Assembly of Ontario, joined 200 delegates from Camping in Ontario to recognize the prosperity and contributions the industry makes to Ontario’s livelihood.

Camping In Ontario kicked off a new tradition with the first Camper’s Choice awards. The association sends its congratulations to this year’s winners.

The awards ceremony highlighted ten winners in ten new categories, such as:

The rest of the four-day event featured myriad of speakers and special events, such as Camping In Ontario’s CampEx, keynote speakers, cracker-barrel Q&A’s, the Annual General Meeting, a music-trivia talent show, campground tours and a networking focused scavenger hunt.

“We were delighted to see so many new and old faces show up to celebrate our 50th anniversary with us,” said Alexandra Anderson, executive director of Camping In Ontario. “We look forward to celebrating another wonderful 50 years of success and growth in this industry.”

The 2019 convention featured speakers such as, Nina Spencer, Jimmy Ding, Georganne Bender, Stephanie Meades, Keith Schultz, Shelley Wagner-Trombley, Shannon Moore and more. They touched on myriad of industry-related issues regarding accounting suggestions, how to be proactive and adaptive to market demands and how to adapt to the next generation of campers.

The 2019 donvention announced its new board and new Camping in Ontario Chair of the Board of Directors, Susan Moelker.

The new Board of Directors is as follows: Nolan Vallery, Chantal de Blois, Sarah Mann, John Baker, Ellie Abucay-Giammattolo, with new additions Mark Jaycock, and Matt Den Hollander. Chris Rhodes and Doug Reilly have finished their three-years term positions on the board.