Camping World’s COO Ward to Retire at End of Year 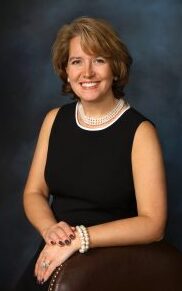 Camping World Holdings Inc. (NYSE: CWH), late Monday (Nov. 21) announced that Tamara Ward will retire from her position as chief operating officer effective Dec. 31. Matthew Wagner, executive vice president, will be promoted to the chief operating officer role on Jan. 1, as part of a planned leadership succession, according to a release.

Ward joined Camping World in 1989 as a marketing intern and has served a variety of executive roles over her nearly 34-year career including chief marketing officer, executive vice president and senior vice president of sales and marketing. She has been the company’s chief operating officer since 2019. Ward is expected to remain with the company through 2024 as a senior advisor to assist with the transition and provide guidance and mentorship to new organizational talent.

“I am grateful to have spent over 30 years alongside many talented team members learning and helping grow the business,” said Ward. “I am proud to have been a part of many accomplishments and am confident in Matt’s ability to bring new opportunities and innovation into the company. Having had the opportunity to work with Matt for many years, I fully endorse his promotion and look forward to a smooth transition and am excited about the organization’s future growth.”

Marcus Lemonis, chairman and CEO of Camping World commented, “I would like to express my sincere gratitude to Tamara for her years of service to the company. Her strong industry knowledge and focused leadership have earned her the utmost respect of our team and she has been instrumental in our company’s growth and profitability. I’m pleased that she will continue to mentor the next generation of leaders in our company for years to come.”

Lemonis continued, “I look forward to Matt transitioning into the COO role as he has demonstrated world-class leadership at Camping World. With this appointment, I could not be more excited to see the advancement of his career with the company.”