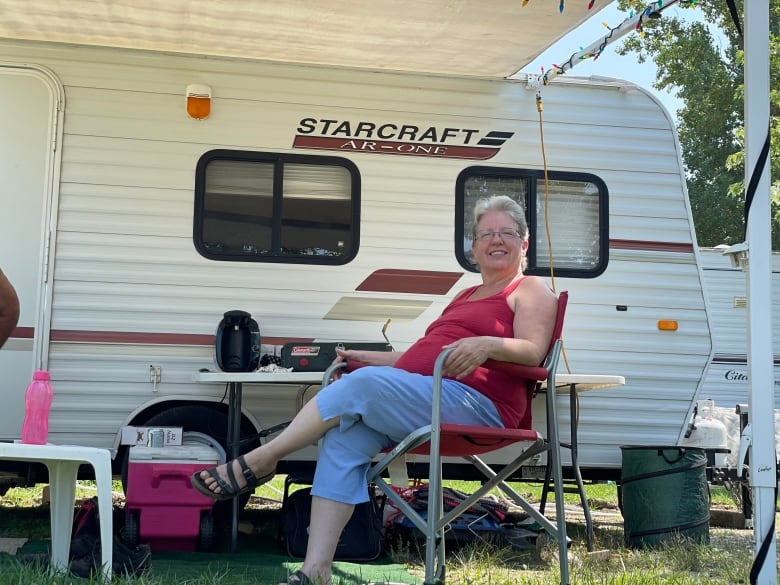 Barb Garber, who was staying at Windsor Campground in Maidstone, upgraded her trailer this year. (Amy Dodge/CBC)

As the pandemic wears on, motorhomes and trailers are rolling off the lot quicker than they did before. In fact, at one dealership in Tecumseh, Ontario, it’s common for RVs to be spoken for even before they arrive on-site, according to CBC News.

“People are buying trailers sight unseen because they like the floor plan, the model, they’re putting deposits on them. As soon as the RV comes, ‘I’ll take it, it’s sold,'” said Edward Raymond, one of the owners of Leisure Trailer Sales.

“So we have probably about a dozen units pre-sold that have yet to be built, and as soon as they come in, they’ll buy them. They’ll take them.”

RVing has greatly grown in popularity, according to Raymond.

“Since COVID, people aren’t jumping on boats, planes and trains as much right now, and RVing is a good solution for social distancing, vacationing and trying something different they never thought of before,” he said.

For him, the interest has translated into unprecedented annual sales — up 45% this year.

The piqued interest in RVing comes as national and provincial parks are seeing a surge in visitors. Ontario’s provincial parks saw a record year, and that’s expected to continue this year, a spokesperson previously told CBC News.

At Windsor Campground, a private campsite in Maidstone, owner Ron Laliberty said he’s considering extending the season and staying open for an extra month this year, until Nov. 15, depending on demand and the weather.